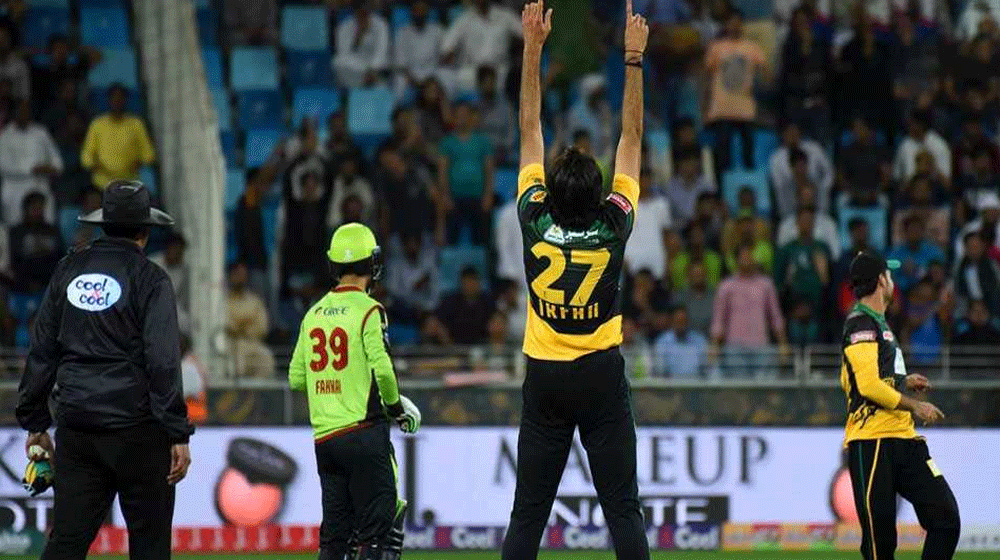 Lahore Qalandars register their second win in the PSL 2019, which might be the most exciting match of the competition thus far.

AB de Villiers led the team towards victory alongside Wiese, who put up a partnership of (98 off 45).

With this emphatic win, Lahore Qalandars have moved to the third spot with 4 points.

Thanks to skipper AB de Villiers’ heroics, Lahore Qalandars have stunned Multan Sultans in a last-ball nail-biting thriller to register their second win in the HBL PSL 2019 at the Sharjah Cricket Stadium on Friday.

Qalandars badly needed their batting to click to get a breather in the tournament, and it happened just at the right time.

Chasing a mammoth target of over 200, Lahore started off with an intent, thanks to in-form Fakhar Zaman.

Sohail Akhter looked off color and got caught on the boundary for just ten runs. His departure, however, did not stop Fakhar from going all cylinders.

Salman Butt, the next man in, also seemed to be a burden on the team given the mounting run rate.

At a moment, with 101/1 on the board inside 11 over, Qalandars looked well-poised to chase down the target with a couple of overs in hand. That was when Junaid was introduced.

He struck thrice in two overs to remove Fakhar (63), Salman (17) and Agha Salman for just 2 to bring Multan back in the game.

Taking full advantage, Sultans bowled a couple of tight overs, and the game looked going away from Lahore Qalandars.

They required another 71 runs from last five overs – 30 balls – and even their die-hard supported wrote them off the contest, but then AB de Villiers happened.

Famous for his ability to take opposition off guard with his unconventional batting, de Villiers started sending Multan bowlers to cleaners, taking 18 runs off Junaid Khan’s last over to swing the game in their favor. AB hit a scintillating 26-ball fifty in the process.

He was equally supported by his partner David Weise who also smashed 5 gigantic sixes in the jaw-dropping chase and contributed an unbeaten 45 off just 20 balls including that last-ball sixer.

The remarkable opening stand of 135 between Umar Saddiq and James Vince put Multan Sultans in the driving seat against struggling Lahore side.

The Englishman, Vince, scored 84 from 41 deliveries whereas Umar Saddiq impressed everyone with his 53 from 38 balls.

Malik and Christain chipped in with some score to post a huge target of 200 runs for Qalandars to chase.

Lahore Qalandars have won the toss and elected to bowl first against Shoaib Malik’s Multan Sultans.

“The wicket is so good that it’s nice to know what you’re chasing,” says AB de Villiers. “We have a really good bowling attack.”

“To be honest, I’m not too sure about a total, but having a good start always gives you something,” says Shoaib Malik. “Hopefully we’ll get a good start and a total the bowlers can defend.”

Left-arm batsman, Salman Butt’s inclusion in the team, will remain the highlight of the game as Lahore Qalandars lock horns with Multan Sultans in the 10th match of the PSL 2019 at the Sharjah Cricket Stadium today.

Both teams have come up against each other twice in the PSL 2018, winning one each.

Players to Look Out For:

Multan Sultans:
Hammad Azam has gone under the radar so far but the youngster has the ability and the experience to make a big name for himself in this edition of the PSL.

Lahore Qalandars:
As both teams are searching the second win of the tournament, Qalandars’ will depend on their batting line. In the context, Salman Butt’s inclusion in the team might give them some stability in the top order.