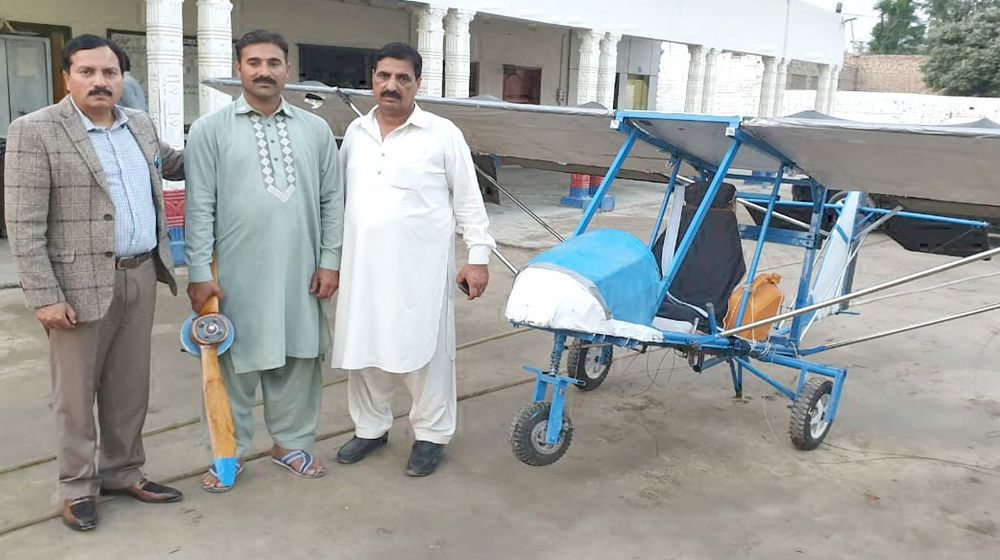 Civil Aviation Authority (CAA) has finally stepped into action in the self-made airplane saga where a man was detained for attempting to fly his mini airplane. The authority has got the plane released from Police custody and returned it to Mohammad Fayyaz while also promising to help him polish his skills.

Earlier, the famous aviator from Pakistan, Fakhr-e-Alam, also announced his help for the plane-maker.

According to the details, the Director General of CAA, Shahrukh Nusrat, took notice of the matter, directing a team to reach out to the man and appreciate him for his efforts. A team led by Deputy Airport Manager of Lahore Airport, Nazeer Ahmed Khan, visited Rang Shah Police Station in Pakpattan and returned the plane to its maker.

Shahrukh hailed the passion of the man, saying that CAA will take every step possible to promote aviation in the country.

He further added that a technical inspection of the aeroplane will be carried out by CAA experts to determine if it is fit for flying or not. He asserted that under the New Aviation Policy 2019, CAA is not just a regulator but also a facilitator and it will encourage the efforts to promote aviation.