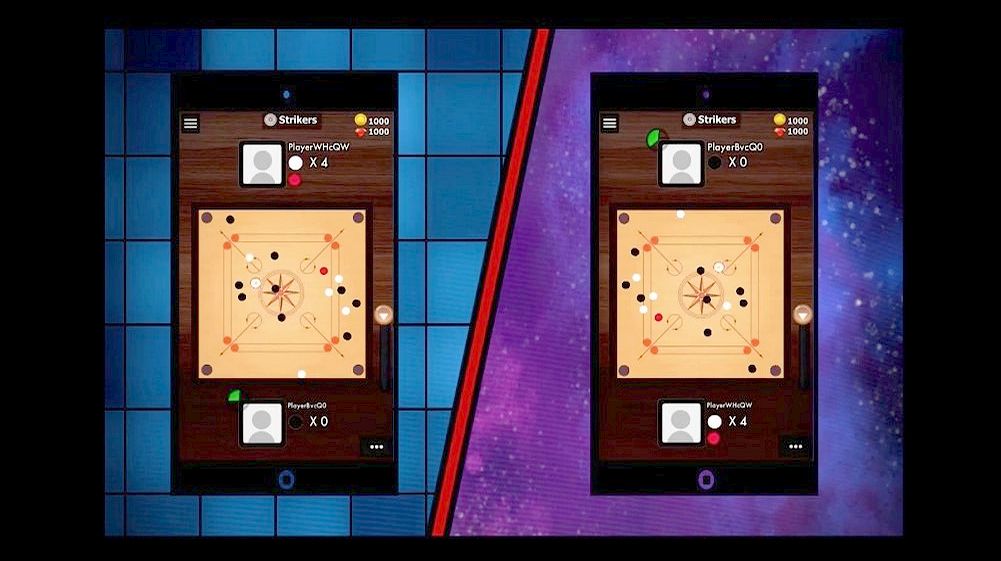 Carrom is one of the most popular board games in various parts of the world, especially in South Asian countries like Pakistan and India.

Although there are various Carrom games available on the App Store and Play Store, CarromX is a multiplayer version of Carrom Board for android smartphones that offers some new and unique gameplay features which are not yet in many other online carrom games. The game focuses on enriching the gaming experience especially when you play the game with your friends.

In this mode, players can team-up with their friends, or the server will pair them with some other player to play against a team of 2 players.

In the actual board game, this mode is very popular and common, but one can’t find this mode in the digital versions of the game.

Carrom is a turn-based game, and the turns sometimes take time.

The Arcade Mode lets the players play the game without waiting for their turn.

Players can pot any discs and they can see the progress of the opponent which is shown on a slightly smaller board at the top. The player who scores 20 points first, will win the game.

Players can also obstruct the performance of the opponent by adding different components like jammers, freeze powerup etc.

This mode is fast and engaging, usually a game is finished in 45 – 90 seconds. 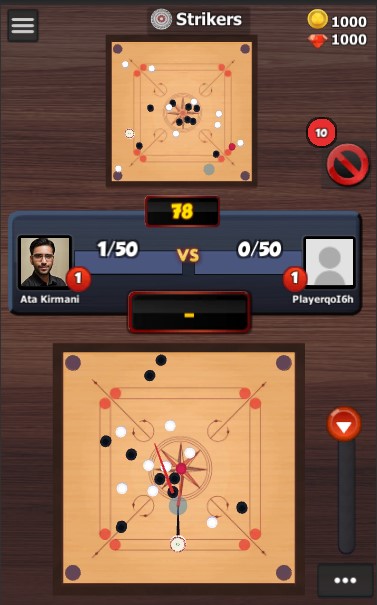 Here’s a Gameplay video of CarromX:

There is a special mode in CarromX, dedicated to the elections which took place in Pakistan last year. In this mode, players select their political party to play the carom game against the opponents from the other political parties.

The more matches you win for your party, the higher the rank of your political party will be in the leaderboard. This mode was also featured on BBC during their election coverage.

After every match, the game also shows a replay of the shots in which the discs were pot by the players. Here is a video of the feature

You can download CarromX for Android phones from the Google Play Store.

More About the Game & Developer

More than 1000 matches are being played on the game on a daily basis. All of this is organic without any advertisement. More than 90% of the downloads are from India, whereas downloads from Pakistan are at number 3.

From design to development (both back-end and front-end) to deployment, Ata Kirmani worked on all the aspects of the game. The technology is capable enough to create many other multiplayer games both for iOS and Android and also for web.

Ata Kirmani has been working in software development for more than 10 years. His areas of interest are simulation design, game development and web-based technologies. Currently, he is working as a tech consultant, and also working on some interesting product ideas. He also holds a US patent on the integration of the contextual application with videos.