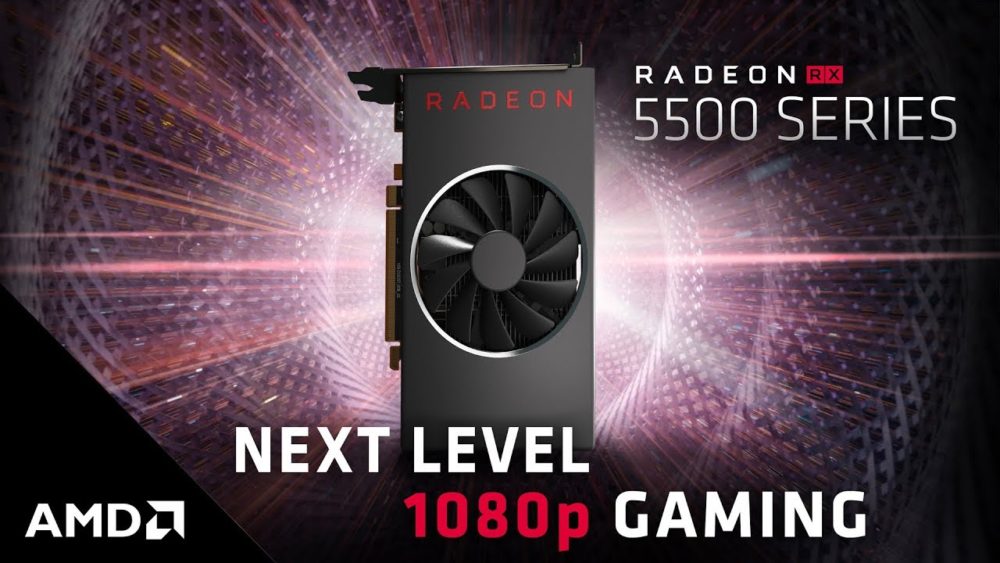 After expanding its high-end up lineup of graphics cards with the RX 5700 and RX 5700 XT, AMD is now focusing on the mid-range spectrum of GPUs. AMD has unveiled its brand new mainstream RX 5500 series which is based on the 7nm Navi GPU architecture.

The new series comes in three different variants – the RX 5500 discrete desktop cards, the higher end RX 5500 XT, and finally the RX 5500M for laptops. They are aimed squarely at the 1080p market and will directly rival Nvidia’s current and upcoming entry-level Turing based graphics cards.

AMD claims that these new RDNA based GPUs will provide up to 1.6x better gaming performance-per-watt than the current generation of GraphicsCore Next (GCN) based Radeon GPUs. 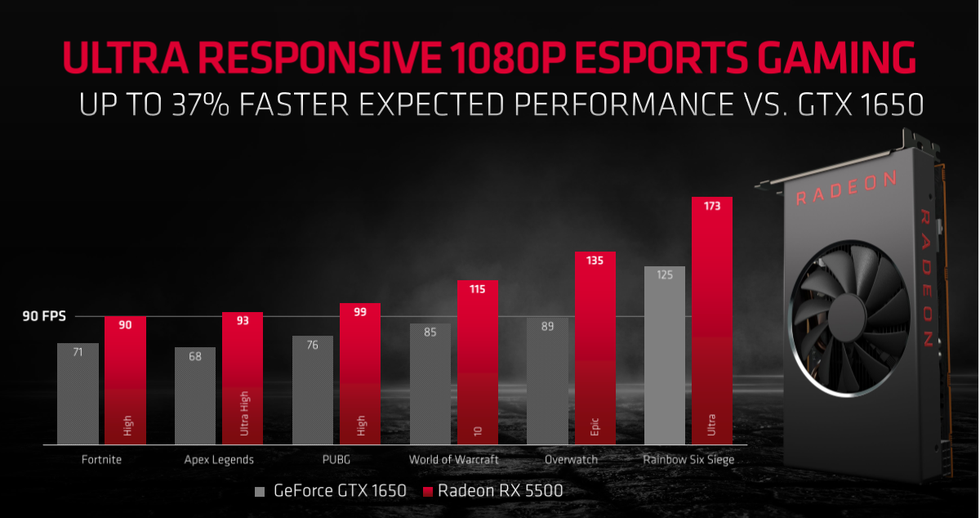 All three of the RX 5500 cards have a die size of 158mm2, with a total of 6.4 billion transistors. This is almost a billion more transistors than AMD’s current 14nm Polaris 10 GPUs.

The RX 5500 will feature the same configuration as the 5500 XT, with the only difference being the 4 GB GDDR6 memory buffer.

As for the RX 5500M mobile chip, the comparison can be seen in the image below. 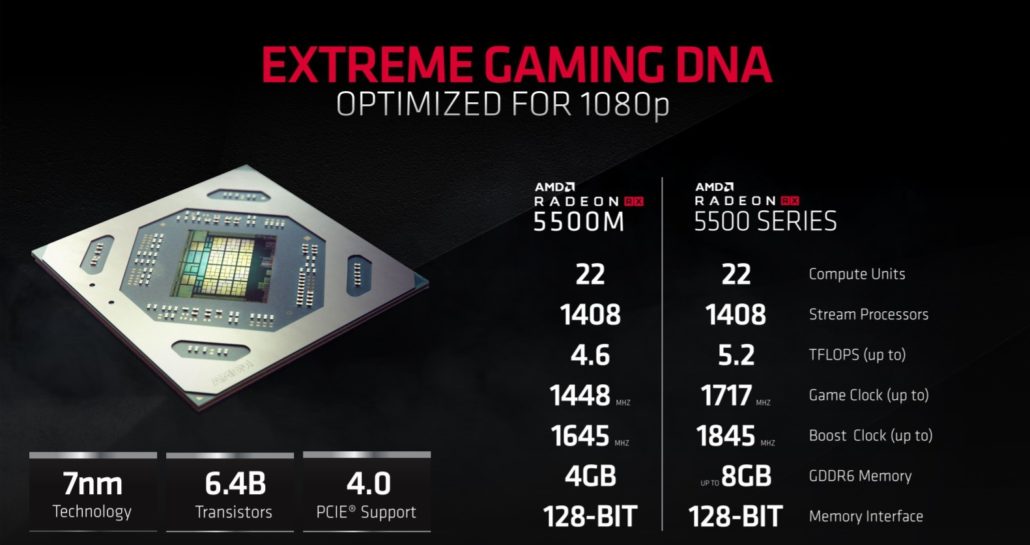 AMD has not revealed the pricing or release date for any of these GPUs, but it is expected that they will hit the shelves in the next couple of months.