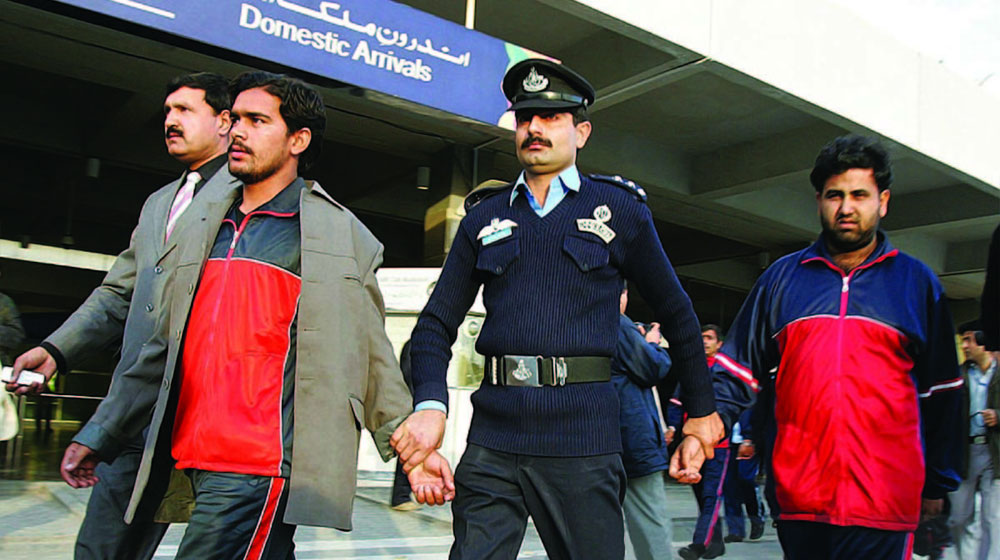 A recent report from the Interior Ministry has revealed that over half a million Pakistanis have been deported from 134 countries across the world in the last five years.

Statistics provided by the Ministry of Interior show that a total of 519,000 Pakistani nationals have been deported from various countries since 2014.

The deportees returning from these countries came with multiple charges, including forgery of documents and several criminal convictions. At the top of the long list of countries are Muslim states, including Saudi Arabia, UAE, Oman, and Turkey.

The report reveals that besides these expulsions, at least 65,000 illegal immigrants are still imprisoned at deportee camps of Turkey and Saudi Arabia. 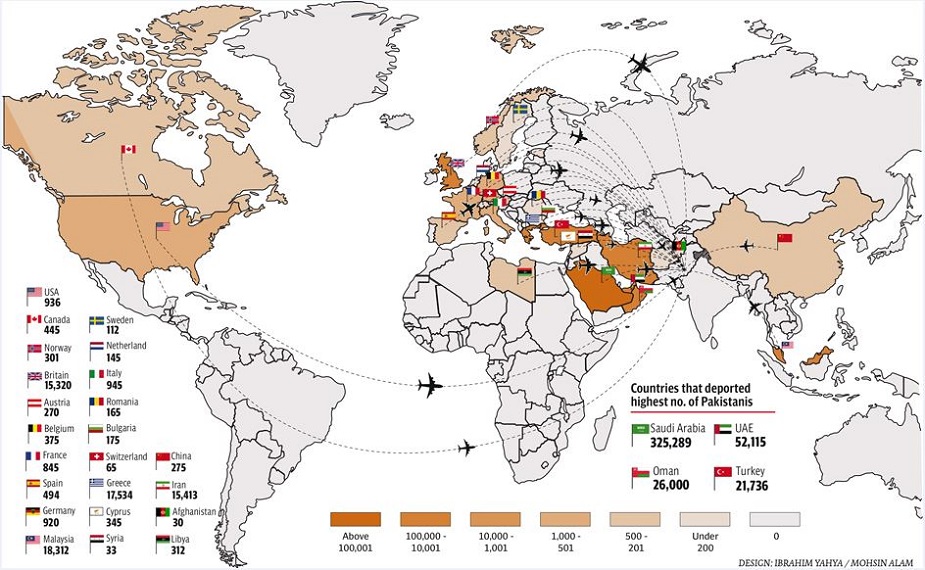 As many as 47,000 Pakistanis, living illegally in Oman and Turkey returned home during these years.

A large number of these deportees have been the victim of human trafficking groups actively working in Pakistan. So far, the Interior Ministry has identified more than 1000 such groups in the country.

The traffickers often prey on people who want to go abroad in search of a better life, and more suitable employment opportunities.