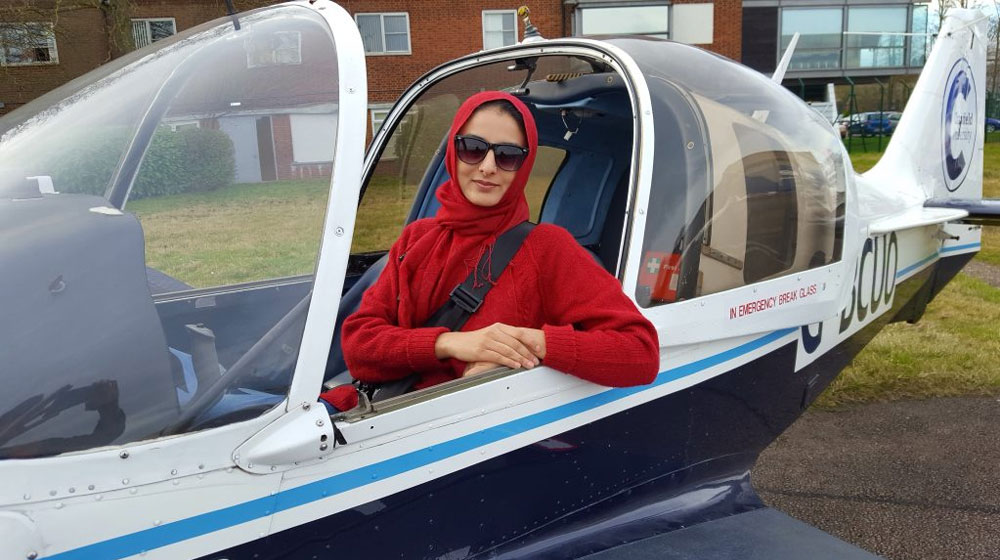 A female aerospace engineer from Pakistan is developing a pollution-free engine for airplanes which will reduce global warming and induce artificial rain during flight.

Dr. Sarah Qureshi, who holds a Master’s in Aerospace Dynamics and a Ph.D. in Aerospace Propulsion from Cranfield University, UK, is confident that her invention will take the aviation industry by a storm.

In an interview with an international news outlet, Sarah maintained that she, along with her father, Masood Latif Qureshi, a prominent Physicist and a Scientist, has set up a company “Aero Engine Craft” to develop environment-friendly engines for airplanes.

Sarah, who is also a certified Aerobatic pilot, said her team has designed a revolutionary contrail-free aero-engine with added features of reduced carbon footprint, in a bid to counter global warming.

How Does It work?

The engine will have a unique pressure-based condensation system, which will cool the water vapors in the aircraft exhaust. This water will remain on the airplane and can be released as rain as required.


You see when an airplane flies; cloud-like contrails are formed. These clouds are water vapors frozen around small particles (aerosols) that exist in aircraft exhaust. These clouds cannot produce rain; rather, they blanket the atmosphere with the emissions from planes, resultantly contributing to global warming.

“We manufactured an engine and then attached the condensation system with it to transform it into a contrail-free aero-engine,” Sarah said, adding that this will be tested on an aircraft in the next phase.

Dr. Qureshi revealed that her project has won two international patents and will take at least six years before it is commercially available.

She emphasized that air pollution is equally dangerous for the environment as land pollution.

The country’s private sector has taken an environment-friendly initiative for the first time, which will globally highlight Pakistan’s role in the fight against global warming, Sarah added.