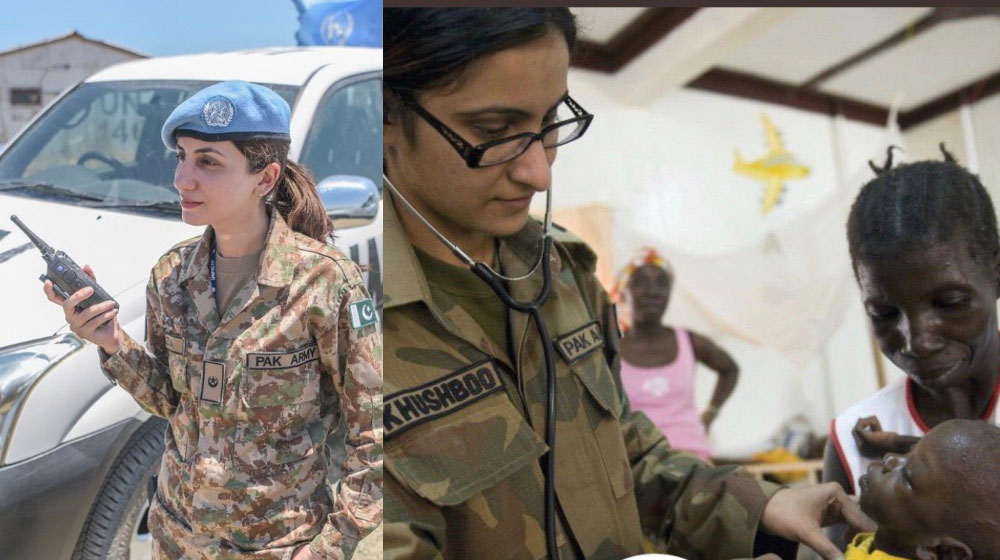 The 15 female Majors and Captains of the FET received honorary medals at a ceremony held in Adikivu in South Kivu, one of the provinces of the central African country.

Congratulations to the Pakistani team awarded the @UN Medal for @UNPeacekeeping in the Democratic Republic of #Congo .#APPNews #PakistanArmy #healthcare #Pakistan pic.twitter.com/ajNiCcArrI

They are Pakistan’s first-ever all-female engagement team deployed in a peacekeeping mission.

Female officers are an integral part of the UN Peacekeeping mission as they mingle with the local community and help win their trust. This helps them share information with military troops, the mission said.

Throughout their deployment, the Pakistani female officers worked hard to win the trust of the community.

The mission recognized Pakistanis FET’s achievements in the regions, saying that they have completed many projects successfully, including vocational training, medical outreach, helping local women, students, and teachers come out of trauma and psychological workshops for Congolese police personnel.

This extraordinary endeavors to serve the UN is worthy of praise.

As per a report by the state-run news agency, Associated Press Pakistan (APP), another group of 17 female officers will join the FET this week.