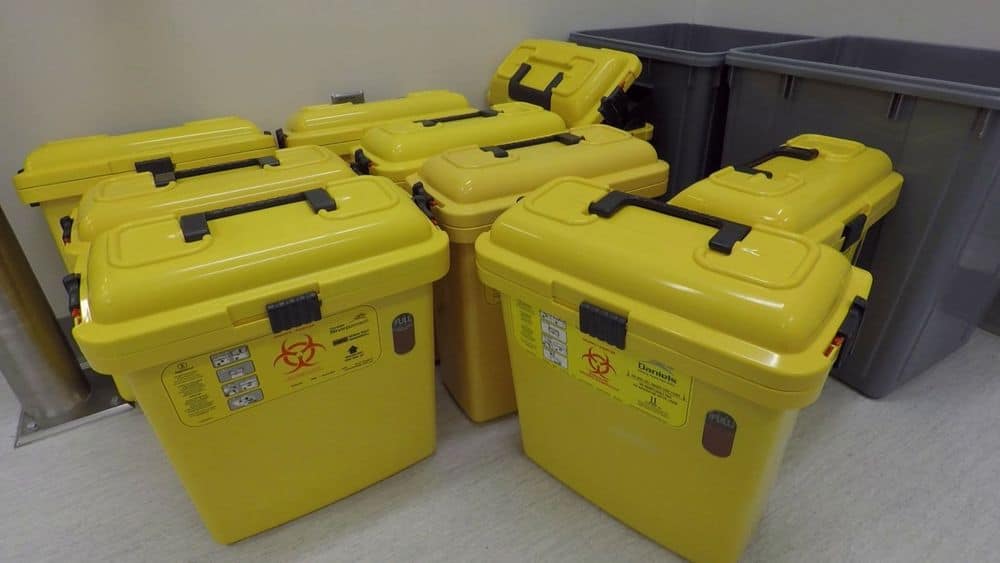 There have been rumors circulating on the internet regarding the discovery of biohazard containers buried in the United States’ embassy in China. Surprisingly, the embassy is located in Wuhan where 8 alleged containers were discovered.

Several news outlets have linked the alleged biohazard containers to America’s plan to introduce Coronavirus in China. A number of viral videos are making rounds on social media which claim that the US consulate was vacated before the virus outbreak as the staff returned to their home country.

Rumors claimed that China has called a UN meeting to discuss the matter internationally.

This is the Animal That Transmitted Coronavirus to Humans

However, there is no truth to this story as no Chinese official has confirmed the news. China, however, has blamed the US for spreading fear among the masses in regard to the Coronavirus outbreak.

If the news regarding biohazard containers was true, there would have been plenty of official statements from China’s foreign ministry.

In response to a question during a press briefing by Pakistani foreign ministry’s spokesperson on 6th February, she said that China has not forwarded any such release.

Question:   The Ministry of Foreign Affairs of China has demanded the US to explain 08 biohazards containers found in the backyard of the US Consulate in Wuhan Province. What is your comment in this regard, please?

Answer: I have not seen any official information on this from the Chinese side as of yet.  I will have to check the veracity of the statement.

As it seems, it was mere propaganda to divert the attention to trivial matters.