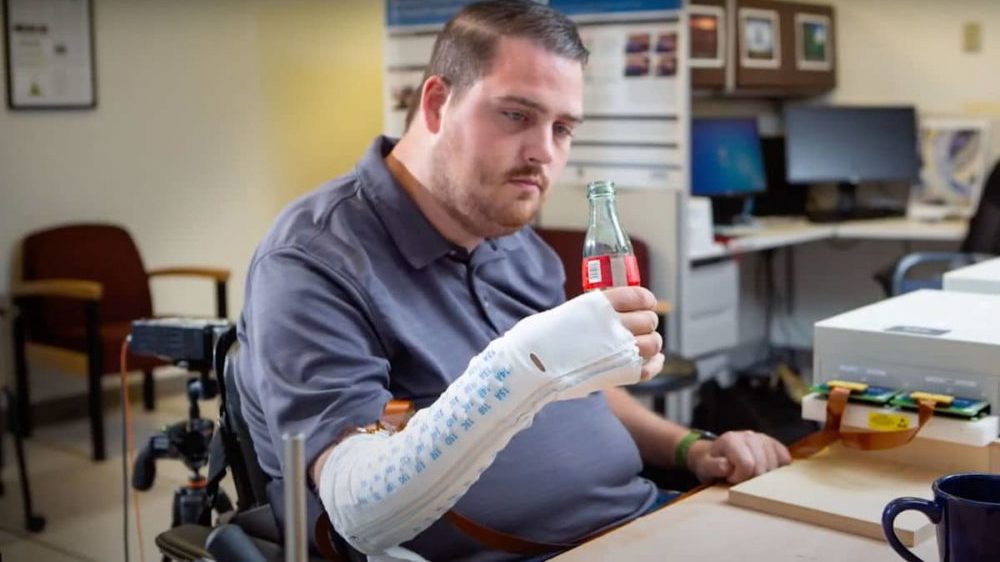 So far, paralysis has been considered as an irreversible condition. Proving this wrong, a group of researchers at the Battelle Memorial Institute led by Patrick Ganzer helped a paralysis patient regain the sensation in his arms and hands.

The patient, Ian Burkhart, was left paralyzed after a devastating injury. Although he had some sensations in his shoulders and elbows, his arms were left paralyzed. Moving forward with the concept that some somatosensory nerve fibers survive even after a clinically complete spinal cord injury, the team came up with a brain implant and a signal decoder to act as a stimulus.

Ganzer and his research team explained:

The team accomplished this by coming up with a brain implant that connects to a specialized brain-computer interface (BCI), and a touch decoder amplifies faint signals to a level where the patient is conscious of them. The records the information from the implant and sends it to the touch decoder, where the signals are translated into movements. The signals are boosted using electricity. 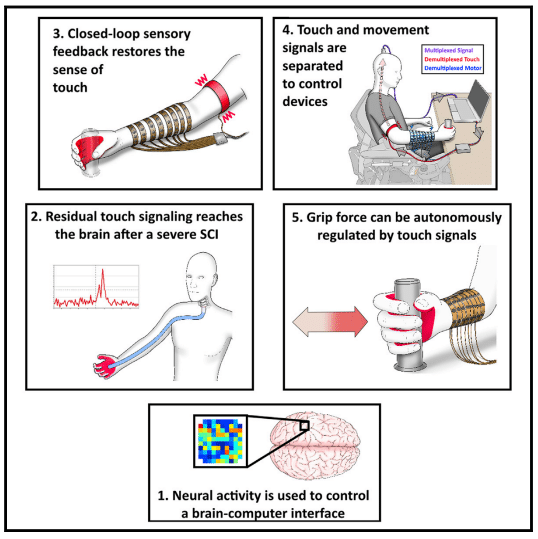 Sensory function can potentially be augmented using a BCI that can decipher residual sensory neural activity from the impaired hand and dynamically translate this into … sensory feedback that the user can perceive. The sense of touch is critical for multiple aspects of motor control. Beyond restoring the sense of touch alone, a BCI can potentially restore both sensory and motor function simultaneously in patients with SCI, even while the participants use their own hands.

To further enhance the functionality of brain implants, the team is working on employing recorded neural activity. According to Ganzer:

In the future, we hope this set of findings will enable patients with an implanted BCI to maximize the information encoded in the recorded neural activity for functional gains.