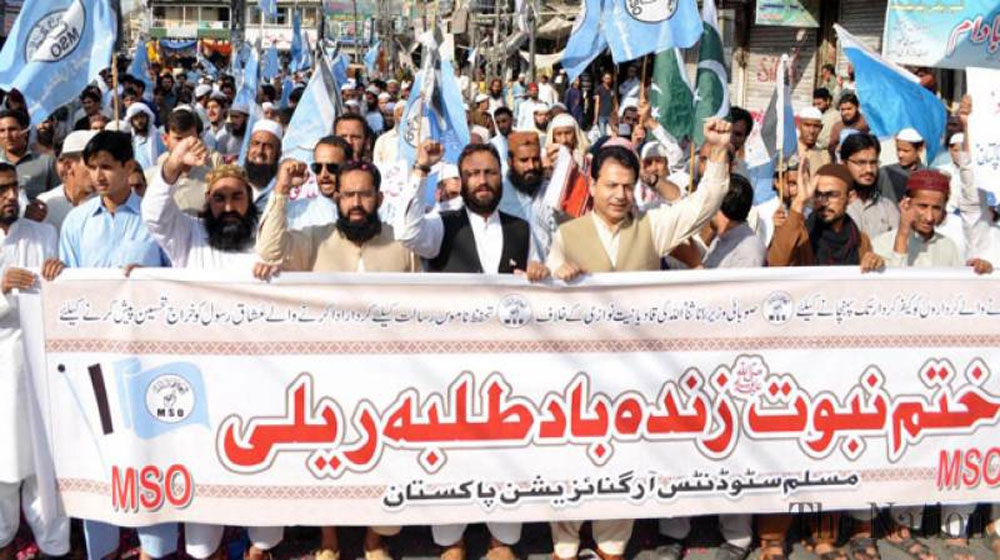 After a daylong hustle on social media against the government’s alleged move to include Qadianis in the minority commission, an official rebuttal has finally appeared. Federal Minister for Religious Affairs and Interfaith Harmony, Noor-ul-Haq Qadri, has denied any such decision from the cabinet.

In a video message, Qadri lamented the false propaganda against the government for allegedly giving Qadiani’s membership of the minority commission. The story was attributed to him, saying that the religious minister moved the summary, declaring Qadianis a religious minority which was approved by the Prime Minister after the endorsement of his cabinet members.

PM Imran Khan Will Not Let You Down: Javed Miandad

However, Qadri categorically denied the allegation, saying that the cabinet has not approved any such proposal.

We love our last Prophet Mohammad (s.a.w) and are the protector of the finality of his prophethood (Khatm-e-Nubuwwat). The cabinet has not made any decision in this regard as of yet.

The minister added that any future decision in this regard will be made in the light of provisions in the 1973’s Constitution.

Experts Think Ablution Has Protected Muslims From COVID-19 in England

Earlier on Wednesday, an anti-government drive started on Twitter lamenting PM Khan and his cabinet for the controversial decision.

Angry members of the ultra-right-wing parties demanded the government’s clarification in this regard, while many condemned PM Imran Khan and his cabinet, and demanded his removal from the office. Trends like #قادیانی_اقلیت_نہیں_غدار and #قادیانی_زندیق_لعنتی_کافر topped on Twitter throughout the day.

This all started when a private TV channel broke the news about the PTI government’s alleged move, declaring Ahmedis a religious minority.