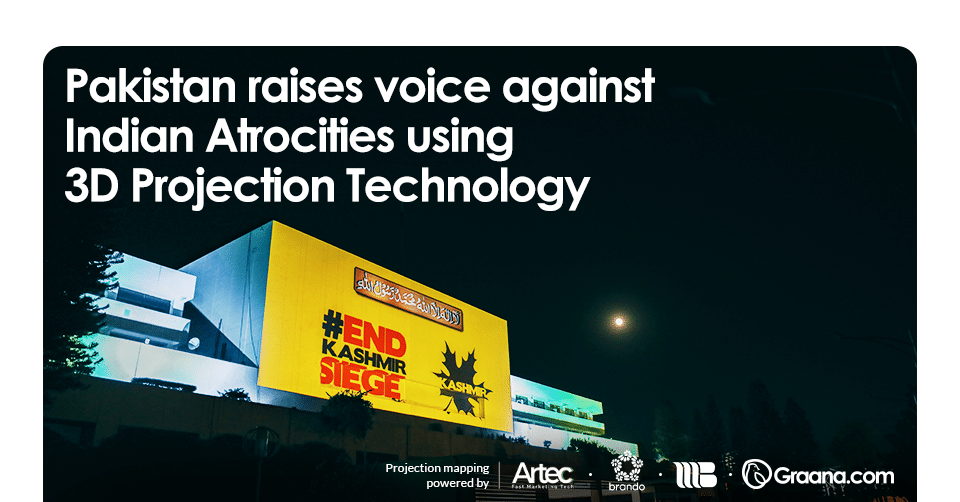 August 5, 2020, completes a year of a brutal period imposed, experienced and observed in the history – the Indian Illegal Occupation of Jammu and Kashmir (IIOJK).

It marks a year of military and communication siege enforced by India by abrogating Article 35-A and 370, revoking the right of self-determination.

Raising a collective voice to show the world that we have not forgotten, the Parliament House of Pakistan spoke of the heinous crimes committed in the illegally occupied Kashmir through the use of 3D projection technology powered by Artec – Fast Marketing Tech to register a peaceful yet an impactful protest.

3D Projection Event to protest against the Indian Atrocities

The 3D projection highlighted the Indian Atrocities for the world to witness how the people of the valley have and are enduring unwanted trails, endless pain and everlasting traumas to survive the enemy’s hostilities every day.

In the past year, the Indian forces’ inhumane behavior resulted in children as young as 18 months old pelted, as 9 years old and over detained, incarcerated, attacked, injured, crippled, blinded, tortured, disappeared and/or dead.

The latest brutality to make waves across the internet was the unlawful and inhumane killing of a grandfather, in front his three-year-old grandchild, Ayad, stirring anger not only the Muslim community but receiving severe backlash from people across the globe, demanding to #EndKashmirSiege.

During this longest internet shutdown ever imposed by democracy has crippled the education economic and educational system, conversion of hotels and guesthouses into detention centers.

Whereas, the foreign media and journalists have been barred from visiting the Indian Illegally Occupied Jammu and Kashmir (IIOJK).

Through the projection mapping, the suppression of the voices of the Kashmiri civil society and freedom leaders was also highlighted, which have been silenced through house arrests, torture and unlawful killings.

The event conducted by the Parliamentary Special Committee for Kashmir and was attended by the President Dr Arif Alvi, Speaker National Assembly Asad Qaiser, Chairman of the Parliamentary Committee on Kashmir Shehryar Afridi, Federal Minister for Information and Broadcasting Shibli Faraz, and various notable guests including parliamen­tarians, representative of media, civil society and relevant officials of Senate and National Assembly Secretariat.

“All the political parties of Pakistan, key stakeholders and the general public stand united in solidarity with Kashmir, against the Indian atrocities being carried out in IIOJK,” said Shehryar Afridi, Chairman of the Parliamentary Committee on Kashmir.

Strongly condemned the brutalities being carried out against the people of Indian Illegally Occupied Jammu and Kashmir, Chairman of the Parliamentary Committee on Kashmir Shehryar Afridi announced that showcasing the 3-D projection on the sacred building, the Parliament House of Pakistan signifies all the political parties of Pakistan, key stakeholders and the general public stand united in solidarity with Kashmir, proactively presenting this to the international community.

“Revoking Article 35-A and 370 from Indian Constitution illegally has sabotaged peace of the region, said Asad Qaiser, Speaker National Assembly.

Addressing the Youm-e- Istehsal 3-D projection ceremony, Speaker National Assembly Asad Qaiser termed the abrogation of Article 35-A and 370 as demographic apartheid against the people of the valley Kashmir occupied illegally by the Indian security forces.

Speaking out against the heinous crimes being committed against innocent people of Kashmir, letters to parliamentarians of 118 states and countries have been written, highlighting the worsening conditions and demanding to end the siege, he further informed.

The concept of 3D projection technology

Also known as video mapping, the projection mapping technology utilizes video projectors to map 3D images onto real objects and surfaces, making the projection a part of the object, creating a progressive display of virtual reality.

This innovative technology was used as means of conveying an impactful message to the global community by showcasing the 3D projection piece on the Parliament House, a sacred building in every country, standing in solidarity for Kashmir.

The projection mapping event took place in collaboration with Artec and Graana.com, with hardware support by Mansha Brothers. 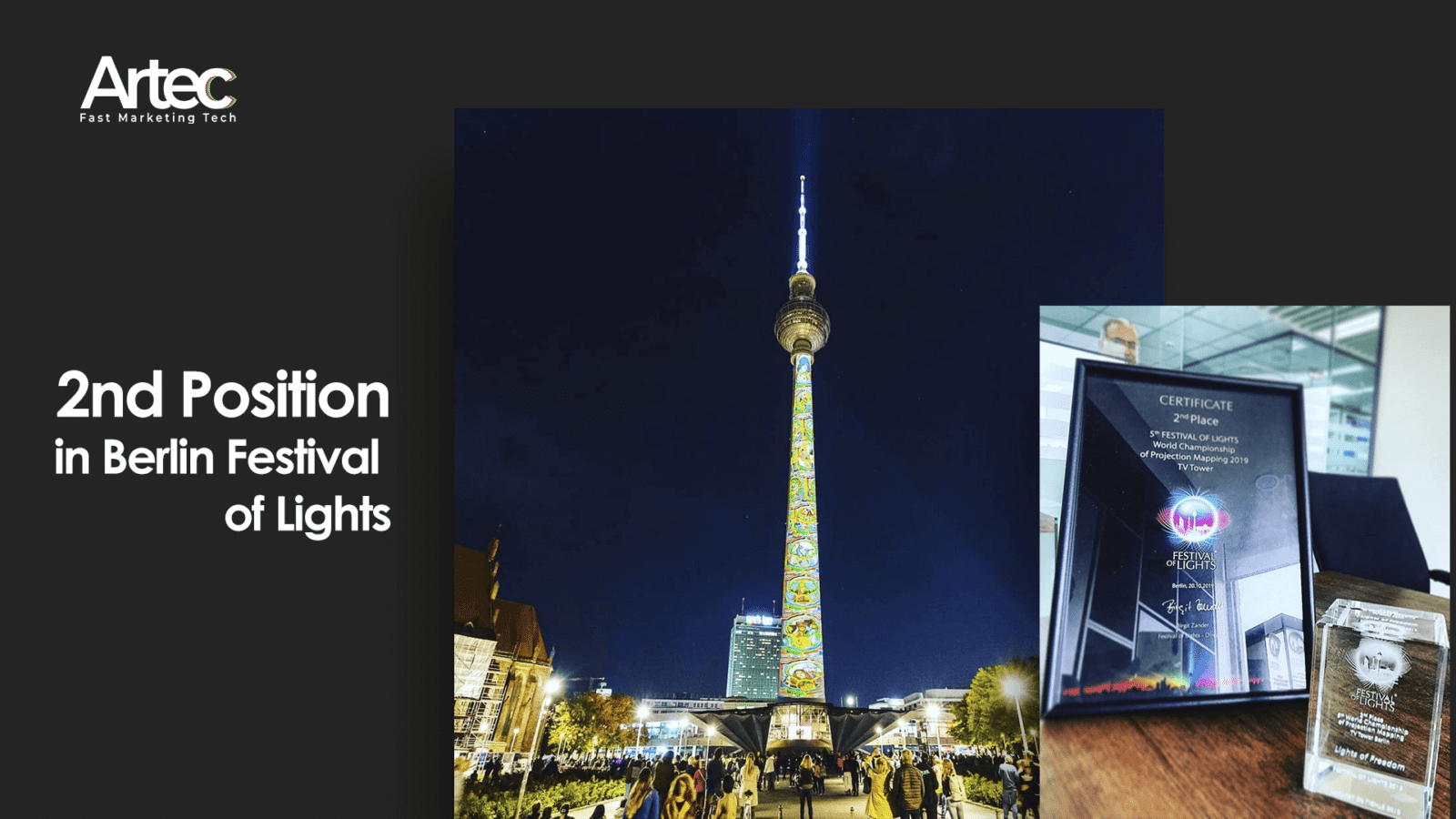 Having conducted numerous shows of 3D projection mapping for the Saudi Embassy to celebrate the colors and heritage of Saudi Arabia at the 89th Saudi National Day Celebration in Serena, Islamabad and Amazon Mall, Artec’s clientele includes some of the most noteworthy brands like Ogilvy, Pakistan Tobacco Company, Graana, Samsung, and Emirates.

The tech innovators of Pakistan also scored the second position in the ‘World Championship of Projection Mapping’ held in Berlin in 2019.