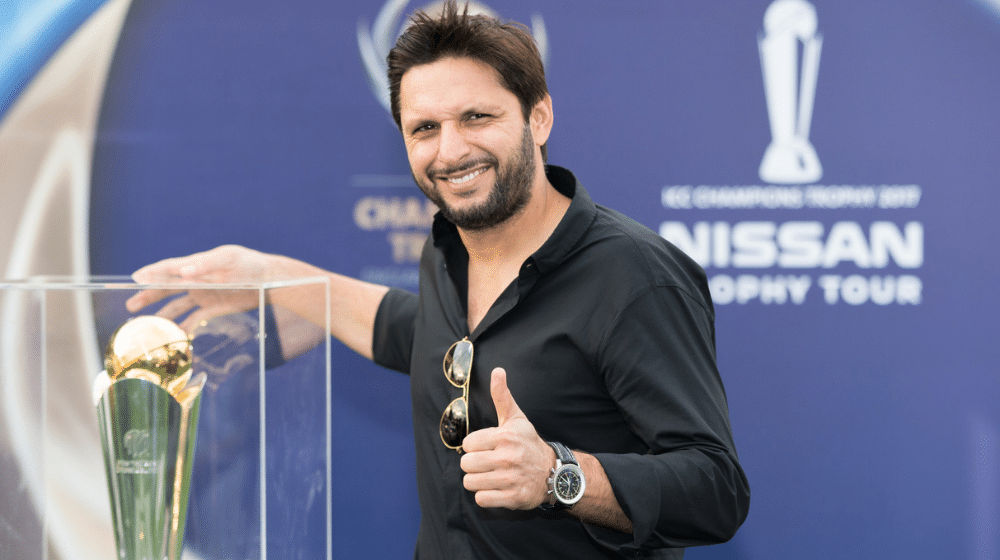 “If I get a request [to train Saudi cricketers], I will definitely go as this is our own county and the people are our own,” Afridi said.

Shahid Afridi said that there are over three million Pakistani expats in Saudi Arabia, adding that efforts should be made by both the countries to promote cricket in the region.

The sport is rapidly gaining popularity in the country and recently, Ambassador of Saudi Arabia to Pakistan, Nawaf bin Saeed Ahmed Al-Maliki, called on the Federal Minister for Inter-Provincial Coordination, Dr. Fehmida Mirza, in Islamabad and discussed the possibility of cooperation between the two nations to promote the game.

Dr. Fehmida said that she has always believed in ‘sports diplomacy’, adding that sports relations between the two countries will prove to be beneficial for the sporting facilities and infrastructure in the country.

Afridi Reveals the Person Who Lost Pakistan the 2011 World Cup

The matter of cooperation in cricket has been taken with Ehsan Mani, Chairman Pakistan Cricket Board. We are working on practical steps to collaborate in the promotion of sports, especially cricket,”

Shahid Afridi, being one of the biggest names in world cricket, would prove to be the perfect ambassador to promote cricket in the Kingdom due to his vast experience and his massive fan following.