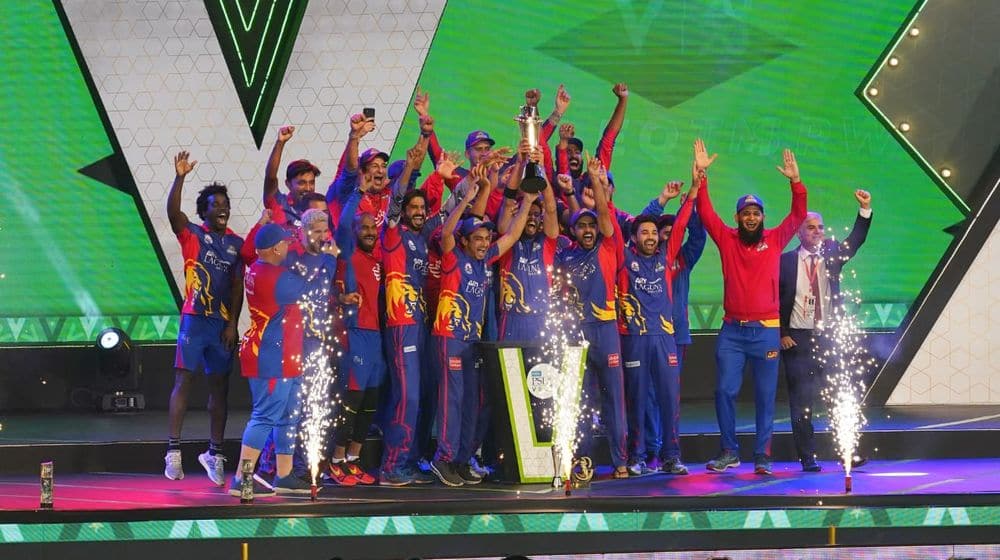 Babar Azam smashed an unbeaten 49-ball 63 to steer Karachi Kings to their maiden Pakistan Super League title with a five-wicket win over Lahore Qalandars at the National Stadium on Tuesday.

The all-format Pakistan captain recorded his fifth half-century of the 2020 edition, which was studded with seven fours, as Kings chased down the 135-run target with eight balls spare. This was his 46th half-century in the format.

Kings were provided a steady beginning as Babar added 23 and 26 runs for the first and second wicket with Sharjeel Khan (13 off 12) and Alex Hales (run-a-ball 11) after which he stitched a 61-run alliance for the third wicket with Chadwick Walton (22 off 27) that settled the game in his side’s favor.

With 11 runs left in the last three overs, Haris Rauf took two back to back wickets as he dismissed Iftikhar Ahmed (four off six) and Shane Rutherford (0) to give Qalandars’ fan a glimpse of hope, but Kings’ captain Imad Wasim took his side home with 10 not out off seven balls.

Qalandars’ pacer Dilbar Hussain was the other bowler to take two wickets as he returned 4-0-28-2.

Earlier, Qalandars had managed only 134 runs at the loss of seven wickets after their captain Sohail Akhtar elected to bat.

The opening pair of Tamim Iqbal and Fakhar Zaman provided a cautious start with a 68-run alliance in 10.1 overs.

The two, however, failed to build on it as they were dismissed in a span of four balls by Umaid Asif in the 11th over. Iftikhar Ahmed caught both batsmen.

Tamim, who scored 35 off 38 balls, which included four fours and a six, was the first wicket to fall, while Fakhar followed him back after adding 27 runs to the total from 24 balls, four of which were hit for a boundary.

Problems compounded when Mohammad Hafeez (two off four) got out trying to slog Imad Wasim as Qalandars lost three wickets for two runs in seven balls.

Six of the seven Qalandars’ wickets were shared between three pacers – Umaid (two for 18), Waqas Maqsood (two for 18) and Arshad Iqbal (two for 26) – while Imad returned one for six.

Peshawar Zalmi’s Haider Ali was declared as the Emerging Player of the PSL 2020 as he scored an impressive 239 runs at a strike rate of over 157.

Player of the Match – Babar Azam

Player of the Series – Babar Azam