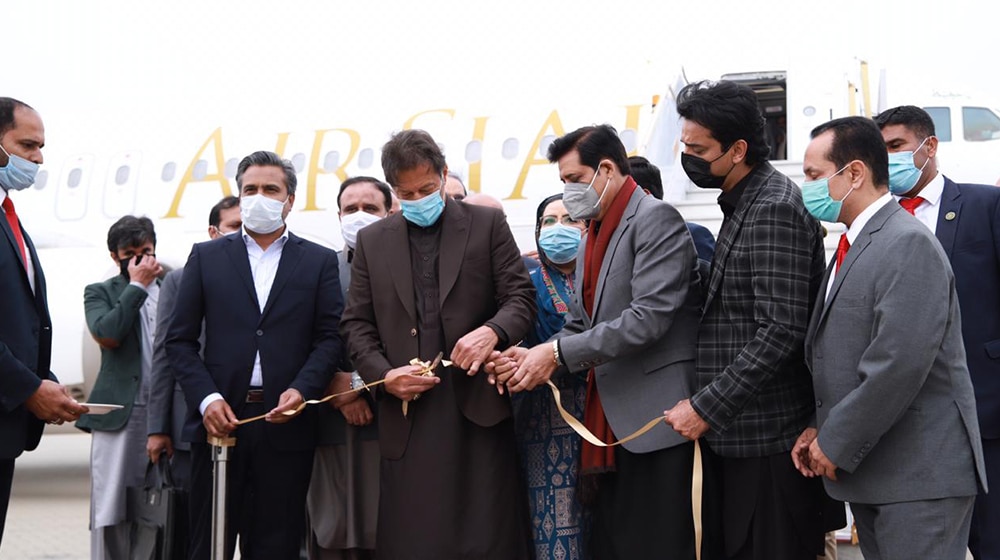 A budget of approximately Rs. 17 billion has been approved for the development of a number of projects in the city

Dar mentioned these initiatives include better sewerage systems, purification plants for clean drinking water, construction of green parks, and traffic reengineering. “The prime minister will also announce a hospital that will soon be built in Sialkot,” Dar added.

AirSial is a joint-project venture initiated by members of the Sialkot Chamber of Commerce and Industry.

Last month, the airline chartered an Airbus A320 which landed in Karachi from the U.S. After today, the new private airline is finally scheduled to commence operations. Management hopes to delegate its first flight sequence ahead of the new year.

AirSial will commence 16 flights between Karachi, Lahore, Islamabad, Sialkot and Peshawar before expanding operations. Associated business partners and stakeholders expect the airline to go international in the next two years.