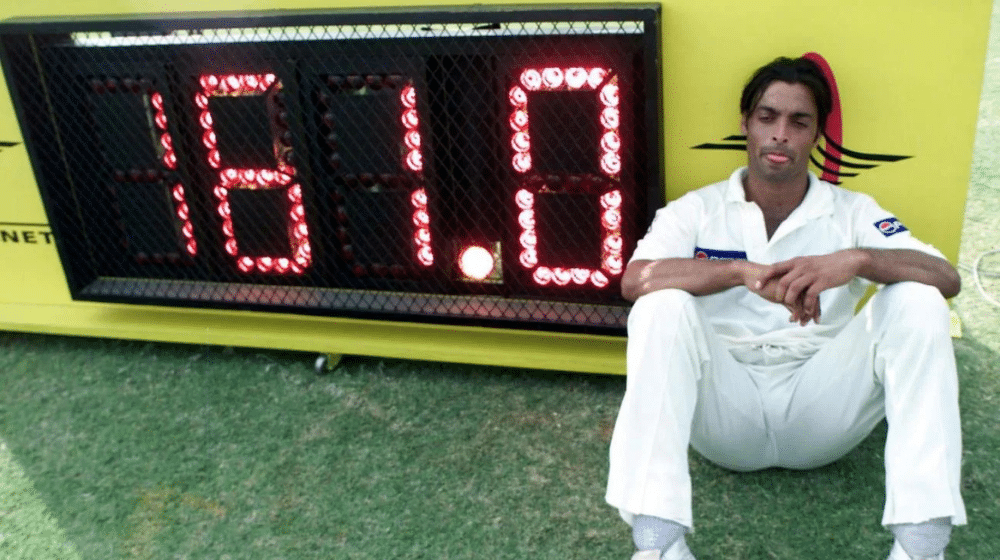 Former fast bowler, Shoaib Akhtar, has claimed that he used to bowl even faster before making his international debut. Akhtar bowled the fastest delivery in the history of cricket when he broke the 100mph barrier against England in a World Cup match in 2003.

Akhtar believes that he had broken the record for the fastest delivery multiple times before making his international debut.

I must have, even before my debut

Akhtar was one of the fastest bowlers in the world in his early playing days. He bowled one of the fastest overs in history against New Zealand in 2002 and claimed that he had broken the 100mph barrier during the match. However, the International Cricket Council (ICC) ruled it out. A few months later, Akhtar bowled a 161.3 kph delivery to England batsman, Nick Knight, in the ICC Cricket World Cup 2003.

Akhtar’s career was marred with injuries, and even though he had lost some pace in the latter stage of his career, he was even then regarded as one of the fastest along with Brett Lee and Shaun Tait.