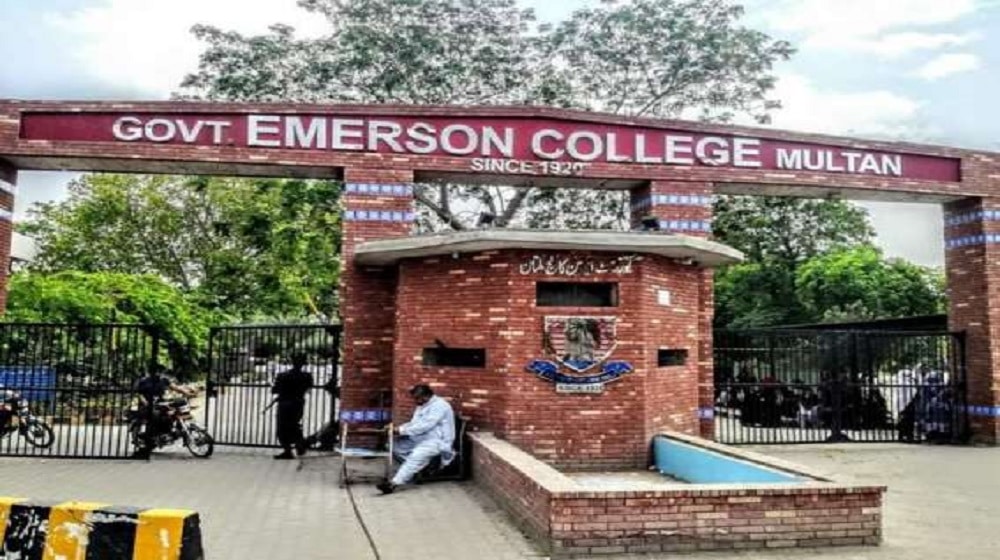 The government of the Punjab has upgraded the biggest and century-old educational institution of South Punjab, Govt. Emerson College, into Emerson University.

A notification issued by the Higher Education Department (HED) on 15 February in this regard read: “The Competent Authority has been pleased to reconstitute Govt Emerson College Multan, as Emerson University under section 3 (1) of the Emerson University, Multan ordinance, 2021 (VI of 2021)”.

Widely known as ‘Govt Bosan Road College’, Govt. Emerson College had been established in Multan on 13 April 1920. It was named after the former Governor of the Punjab and its founder, Sir Herbert William Emerson, who had also served as the Deputy Commissioner Multan.

Many notable figures including the late Nawabzada Nasrullah Khan, the former Chief Justice of Pakistan, Tasadaq Hussain Jillani, highly acclaimed scientist, Dr. Samar Mubarakmand, the former Governor of Punjab, Makhdoom Sajjad Qureshi, are among the alumni of this college.