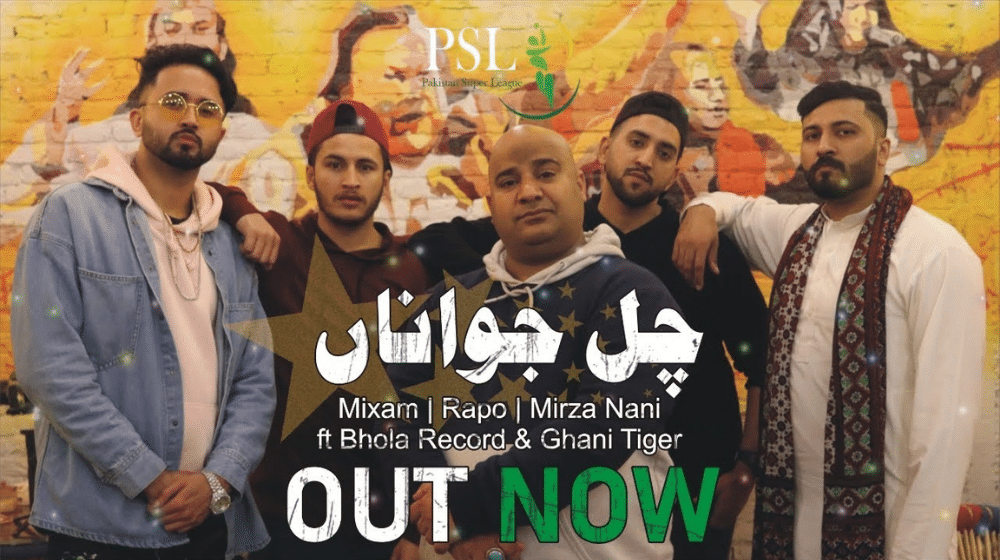 The unofficial Pakistan Super League (PSL) 6 anthem by ‘Puthi Topi Gang’ has been well received by fans on social media, and they are calling it better than the official PSL 2021 anthem ‘Groove Mera.’

The PSL 6 anthem sung by famed Punjabi folk singer, Naseebo Lal, Aima Baig, and Young Stunners has received a lot of backlash on social media, and fans have heavily criticized the song.

The unofficial song, ‘Chal Jawana’ sung by ‘Puthi Topi Gang’ and featuring renowned social media personality, Bhola Record, has received rave reviews by the fans, and many have termed it as ‘their PSL anthem.’

Chal Jawana was released on YouTube just a couple of days ago, and it has already amassed more than 570K views. The singers will be extremely happy with the like and dislike ratio as the video has received more than 73K likes and only 2.3K dislikes.

Listen to the song here:

The song was appreciated by fans on social media:

Although the song was released following the backlash against the official PSL 6 anthem and despite the traction the song has gained, it still failed to live up to the expectations.

The chorus of the song is catchy, but with no homogeneity between the artists, the unnecessary comedic bits, and haphazard mixing, the song has failed to gain widespread popularity.