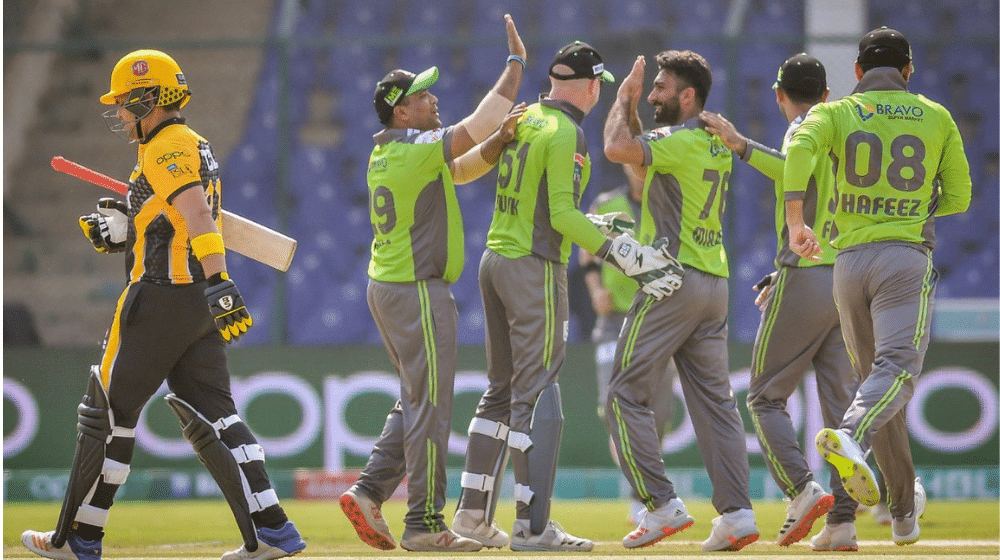 Lahore Qalandars started the sixth edition of the Pakistan Super League (PSL) in style, defeating Peshawar Zalmi by 4 wickets. This is the first time in the tournament’s history that Lahore has won the first match of their PSL campaign.

Statistically, Lahore has been the worst team in the tournament’s history, finishing at the bottom of the points table in the first four seasons. They qualified for the playoffs for the first time last season and then managed to enter their first-ever PSL final.

Ahead of PSL 6, Lahore seemed determined to go one step further this time and lift their first-ever PSL trophy. Veteran all-rounder, Mohammad Hafeez, said that Lahore would be looking to get off to a good start this time around and get the required momentum to push them to a victory in the final.

Hafeez was on song against Zalmi, playing an unbeaten knock of 33 and anchored the run chase to perfection. Lahore faltered in the middle, but Hafeez stood strong as Lahore chased down the target of 141, with four wickets in hand and nine balls to spare.

Lahore recruited smartly ahead of PSL 6, picking up the world number T20I bowler, Rashid Khan. Rashid was influential in Lahore’s win as he smashed 27 runs off 15 balls and ended the run chase by smashing a six off Amad Butt in the 19th over. He also bowled four economical overs, conceding just 14 runs.

Lahore will look to get their second win on the board in the clash against Quetta Gladiators, scheduled to be played on Monday, 22 February, at National Stadium Karachi. The match will be live streamed on BSports and mjunoon.