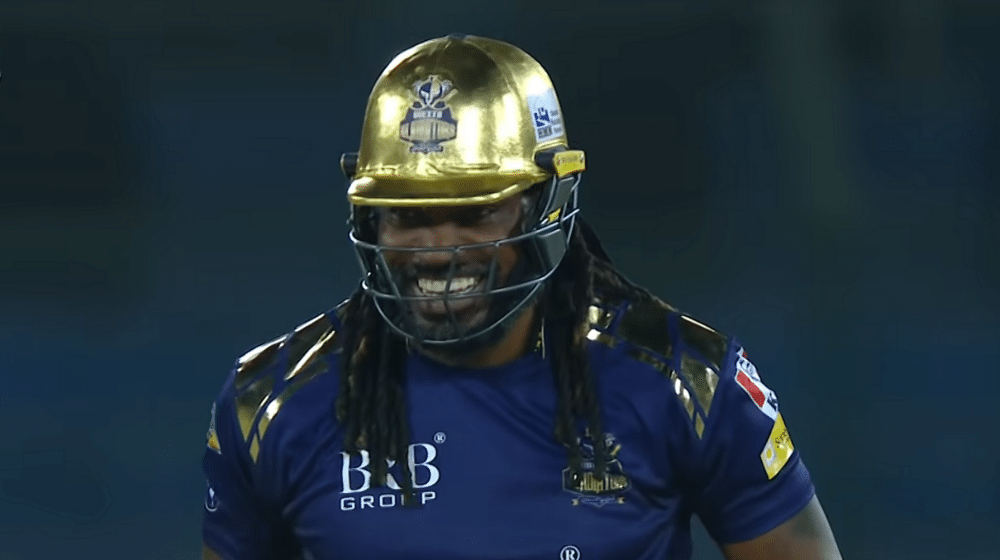 Two of PSL’s biggest foreign stars, Chris Gayle and Rashid Khan, will not be taking part in the tournament any further due to international commitments. Both the players had a terrific start to the tournament as Gayle smashed a half-century and Khan was influential in Lahore’s rise to the top of the PSL points table.

Although Gayle was in fine form, his team Quetta Gladiators find themselves placed bottom of the table after losing 2 out of their 2 matches. Gayle and Rashid went head to head against each other on Monday, with Rashid taking the prized scalp of the Universe Boss, as Lahore defeated Quetta by 9 wickets.

Lahore will go against Multan Sultans, while Quetta will face Peshawar Zalmi in their next matches according to the PSL 2021 schedule.

Gayle has been selected in West Indies T20I squad for the series against Sri Lanka, but he is hopeful of coming back after fulfilling his international duties. Gayle said that he is looking forward to coming back in the second phase of the tournament in Lahore.

“It’s sad that I have to leave PSL because I wanted to play the full season. I wanted to come here and dominate the PSL. I wanted to give the fans something to cheer about,” Gayle said.

Gayle is currently the highest scorer in the tournament with 107 runs in two innings, including a wonderful half-century against Lahore Qalandars last night.

Rashid Khan will also be heading out for international duties as Afghanistan and Zimbabwe are scheduled to play a Test series in the UAE. Khan bowled superbly in the two matches he has played and also contributed with the bat in Lahore’s victory in the first match.