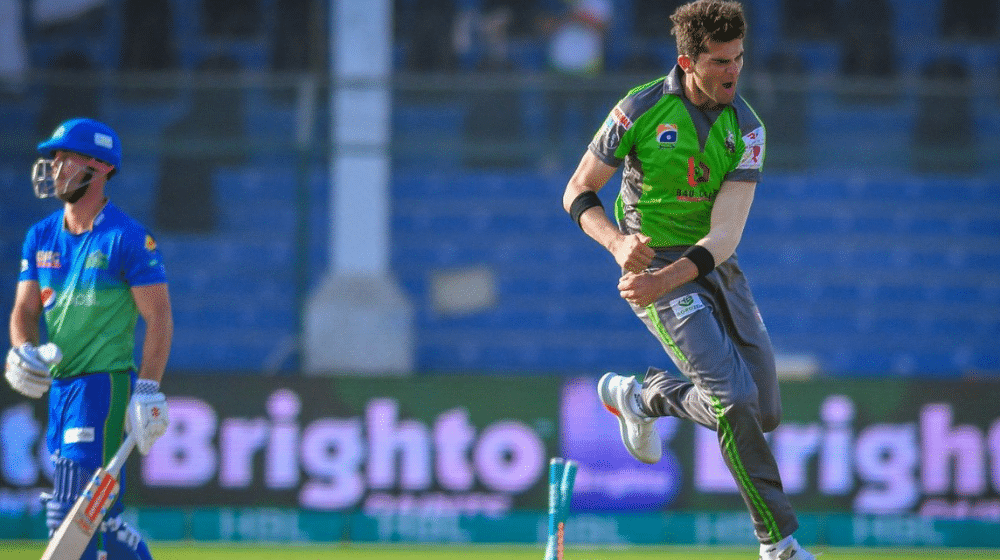 Shaheen Afridi has been the spearhead of the national team and Lahore Qalandars bowling unit for the past few years. When on song, he is one of the best fast bowlers in the world and his form is crucial for Lahore Qalandars in their bid to finish in the top four positions in the PSL points table.

Afridi struck early once again, demolishing the stumps of Chris Lynn in today’s match between Lahore Qalandars and Multan Sultans. Although Lahore lost the match, Shaheen’s exploits gave them a glimmer of hope. Shaheen has a tendency to strike early on in the innings and put the opposition under pressure, he continued his great form with the ball in the match against Multan.

Watch his dismissal of Chris Lynn:

Shaheen is currently the leading wicket-taker in PSL 6 with 5 scalps to his name as of yet. He will be looking to continue his form in the next match against arch-rivals Karachi Kings, scheduled to be played on 28 February. Have a look at Lahore’s PSL schedule here.