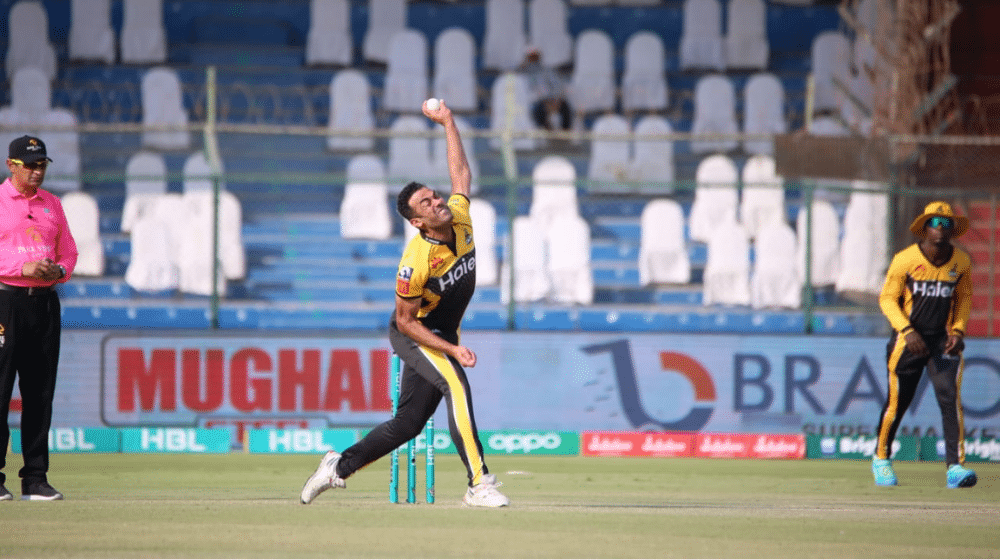 The experienced left-arm pacer, Wahab Riaz, bowled the most expensive spell of his T20 career as he conceded 54 runs in his four overs in the PSL 6 match between Peshawar Zalmi and Quetta Gladiators. Wahab has been terribly out of form over the past year and this was the third time in recent history that he conceded over 50 runs in his four overs. Quetta smashed the Zalmi bowlers all over the park and have set Zalmi a target of 198 as both teams look to move upward on the PSL points table.

This is the second consecutive match in which Wahab has conceded over 50 runs. He had figures of 51/0 in four overs against Multan Sultans. Thankfully for him, the batting line-up dug deep and won the match for Zalmi. In this match he finished with figures of 54/2 in four overs, he’ll have to rely on his batsmen yet again to chase down the target.

Wahab’s form has led to him being snubbed from the national team as well and if his form continues, his chances of making the T20 World Cup squad look minimal.

Shaheen Afridi Leads the Charts for Wickets in the First Over

Since 2020, Wahab has played five T20Is for Pakistan. He has taken only 4 wickets at an average of 39.50 and a poor economy rate of 9.35. Zalmi will be hoping that Wahab finds his old form back and help them win their upcoming matches in the tournament. Have a look at Peshawar’s full PSL schedule.