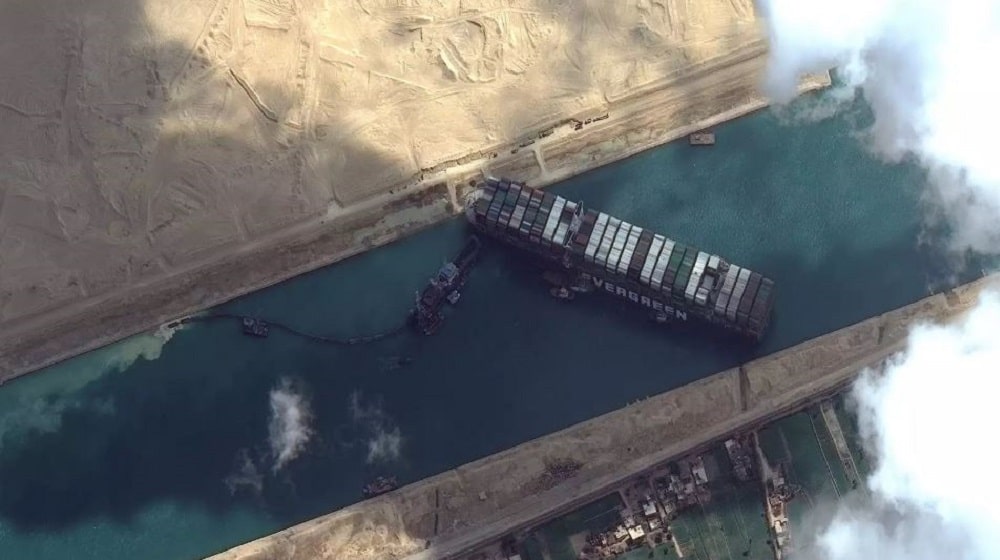 After remaining stuck in the Suez Canal for almost a week, the giant container ship, Ever Given, was finally freed on Monday, with the full moon playing a critical role in helping the ship to refloat.

On 23 March, the 200,000-ton Ever Given container ship got stuck in the Suez Canal, effectively blocking all traffic on a key maritime trading route that links the Mediterranean to the Red Sea.

From last Tuesday to this Monday, all eyes remained fixed on the container ship as the rescue team faced the daunting challenge of dislodging the massive container ship.

Even from space, astronauts working on the International Space Station used to share pictures of Ever Given to update about the progress made in the rescue operation.

Russian Cosmonaut, Sergey Kud-Sverchkov, who has been living and working in the orbiting laboratory since October, regularly updated his followers on Twitter about the status of the rescue operation of Ever Given.

European Space Agency also released images from its Copernicus Sentinel-1 satellite, comparing normal Suez Canal traffic with the traffic jam which built up due to Ever Given getting stranded.

US company, Maxar, continuously monitored the rescue efforts with its WorldView-2 and GeoEye-1 satellites and provided the rescue team consisting of 13 tug boats with different views of the Ever Given from space.

This Radioactive Diamond Battery Can Run For Thousands of Years!

Celestial mechanics had played an important part in helping the Dutch specialist rescue team in freeing the giant ship. Above all, Suez Canal, like other water bodies, rises and falls with the tides, a phenomenon resulting from Earth’s relation with its cosmic neighbors.

Tides are most extreme when the Earth aligns with both the sun and the moon, the two cosmic objects that exert the strongest gravitational pull on planet Earth. When there is a full moon or new moon, its gravitational pull adds to that of the sun, resulting in more high and low tides in water bodies on Earth.

On Sunday, there was a full moon which raised the water levels in Suez Canal by 18 inches, providing a much-needed boost to Ever Given and helping the rescuers to set it free the next day.

Thanks to the specialist rescue team and a little help from celestial factors, the Ever Given container ship is now floating towards its destination and maritime traffic in the Suez Canal is back to normal.