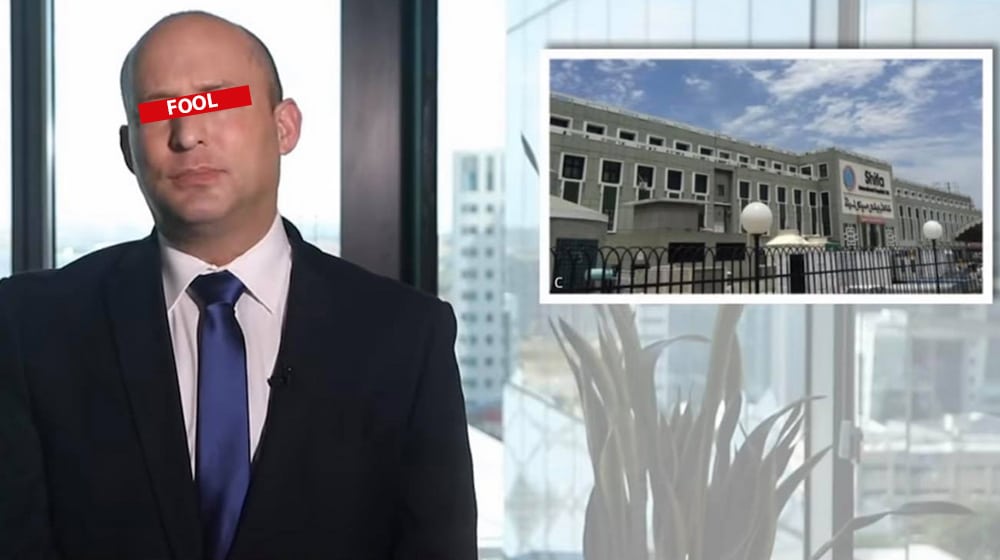 The Spokesperson for the Ministry of Foreign Affairs (MoFA), Zahid Hafeez Chaudhri, told reporters that Pakistan has taken “serious exception” to Israeli far-right politician’s deliberate use of an image of Shifa Hospital in a propaganda video in which he calls it “Hamas Headquarters” and “the largest medical complex in Gaza”.

While the Israelis ironically failed to point out the error themselves despite their reputation as an intelligent community, Prime Minister Imran Khan’s Special Representative for Interfaith Harmony and the Middle East, Maulana Tariq Ashrafi, labeled the stunt as a “deliberate attempt to mislead and deceive the world as Israel has destroyed actual health facilities in Gaza. We condemn this attempt to malign Pakistan”.

While discussing the political gaffe with Arab News, Maulana Tariq Ashrafi explained that Israel is just “frustrated due to Pakistan’s active role in highlighting the Palestinian issue and Israeli atrocities in front of the whole world”.

He later affirmed that Pakistan would always support the Palestinians until they get their country back with Jerusalem as its capital.

Arab News quoted a spokesperson for Shifa Hospital, Shuja Rauf, saying that it was perfectly “clear that the image of Shifa International Hospital Islamabad has been shown mistakenly”.

“SIH is Pakistan’s leading private-sector hospital, accredited with the Joint Commission, United States. The hospital has been providing quality health care services to Pakistanis for over 28 years. We accordingly emphasize to remove the said visual,” he stated.

Do you think Israel deliberately did this to cause unrest in Pakistan? Let us know in the comment section below.