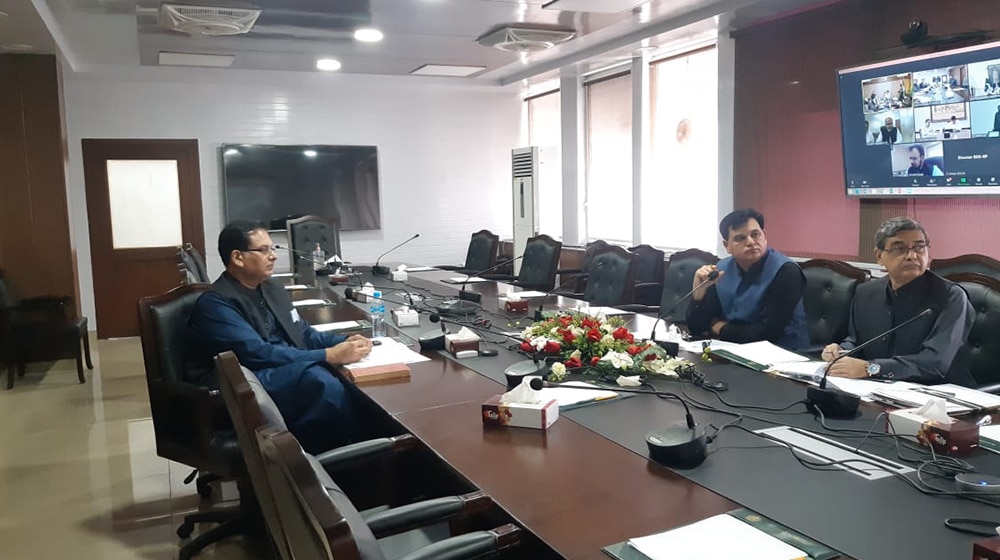 Secretary Planning, Hamid Yaqoob, chaired a progress review meeting on Friday about bringing transparency, credibility, and ownership to the entire census process, as well as the sensitivity of the issue and its long-term effects.

In its forty-fifth meeting on 12 April, the Council of Common Interest (CCI) decided to approve the final results of the 6th Population & Housing Census-2017 in the larger national interest, and also decided that “the process of next census should start as early as possible according to international best practices by using the latest technology”.

In consideration of the importance of the matter, the Government of Pakistan constituted a Committee of Renowned Demographers and Experts from all Provinces under the Chair of Deputy Chairman Planning Commission (DCPC) to bring credibility and transparency to the entire census, and to adopt best international practices with extensive Terms of Reference for the 7th Population & Housing Census (Digital Census).

The committee held seven meetings and reviewed the Census-2017 processes in detail to identify issues, and observed that one of the major issues was a ‘trust deficit’ due to lack of involvement of stakeholders, especially the provinces, in the overall census process.

The committee strongly recommended that in order to bring transparency, credibility, and ownership of the whole census process, the provinces must be involved from start to end (from the planning phase to the compilation of census results).

As per recommendations of the committee, the government decided to involve the provinces in each step, which is why the first meeting was held on 13 August 2021 under the Chairmanship of Secretary, Ministry of Planning, Development & Special Initiatives (MoPD&SI) with the Chief Secretaries of all the Provinces. The Secretary and the MoPD&SI were given a brief background on the matter and informed that owing to the sensitivity of the matter and its long-term ramifications, it is imperative to include all the stakeholders and especially the provinces in the entire process to start with clear roles and responsibilities to avoid the previous problems.

It was also conveyed that detailed physical meetings of the Pakistan Bureau of Statistics (PBS) teams will be held in the next fortnight with the provincial governments/ AJ&K & GB for detailed deliberation and feedback for the conduction of the 7th Population & Housing Census.

Muhammad Sarwar Gondal presented the broader recommendations of the Census Committee in detail with a clear roadmap and timelines to complete the processing time for the provision of data to the ECP for the conduction of the next elections.

He also highlighted the role of provinces in the data collection and monitoring processes. All the participants appreciated the work by the PBS and opined that political ownership of the process is essential for the successful conduction of the census and the wider acceptability its results, for which the provincial governments and political leadership may be taken into confidence before proceeding.

All the Chief Secretaries and representatives of the provincial governments agreed to fully support the PBS in the execution of this gigantic task.