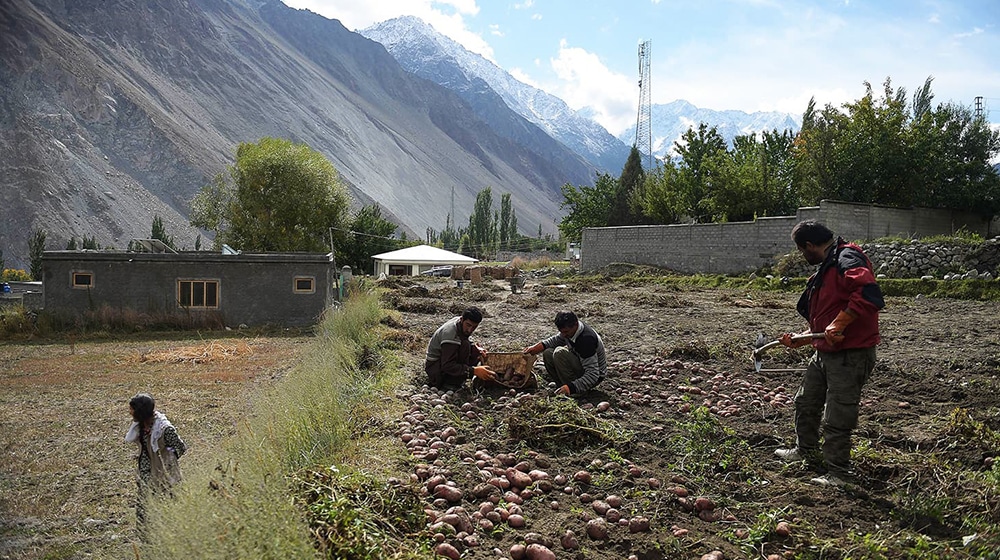 Zarai Taraqiati Bank Limited (ZTBL) has announced an additional Rs. 1.1 billion for the farmers of the mountainous Gilgit-Baltistan (GB), as the bank and the GB government have joined hands to boost agriculture tourism with an aim to make the mountainous region the true ‘tourism capital’ of Pakistan.

Top management of ZTBL on Friday concluded its two-day visit to Gilgit-Baltistan. During the visit, the management shared new products, specifically designed for the hilly areas, with the GB government.

During the visit, Chief Minister GB Muhammad Shahbaz Jameel mentioned that there was a dire need for processing units in the mountainous area. He urged ZTBL to help farmers by introducing processing machines for the longer preservation of fruits. He assured ZTBL of active coordination by his team in facilitating the farmers of Gilgit-Baltistan and for follow-up of other steps.

President ZTBL Muhammad Shahbaz Jameel along with his senior management briefed the stakeholders, including Chief Minister GB, on the new initiatives taken by ZTBL in line with the vision and directives of Prime Minister Imran Khan and Federal Finance Minister Shaukat Tarin.

President ZTBL informed the Chief Minister that ZTBL had tailored exclusive packages and products to facilitate the farming community of Gilgit- Baltistan that include financing for women empowerment, agriculture tourism, small size oil/bulb extraction, fruit drying, and processing units. He said a new branch of the agriculture financing bank was established in district Nager for the larger interest of the farming community in the area.

The Chief Minister showed his keen interest in new initiatives, products and interventions of ZTBL for, especially, Gilgit-Baltistan. He assured of his full cooperation and underlined that sizeable funds had been earmarked in block allocation of budget 2021-22 for extending subsidy in mark-up on loan financed by ZTBL to the farmers for agriculture tourism.

During the visit, another high-level meeting took place between the top management of ZTBL and the provincial government. The meeting was attended by GB Minister for Finance Javaid Ali Manwa and Minister for Agriculture Muhammad Kazim Mesam. The meeting discussed the existing and proposed projects with their technical aspects discussed in detail.

Muhammad Kazim Mesam stressed the need for providing special customized products for Gilgit-Baltistan as the mountain agriculture was totally different from the traditional agriculture pattern.

Javaid Ali Manwa assured ZTBL management of his full cooperation and support in the extension of new and vibrant products and services across Gilgit-Baltistan.

Later, the Minister along with the President ZTBL moved to district Nager to visit the sites proposed for opening a ZTBL branch. President ZTBL also addressed a Khuli Kachehri at Ghulmit Nager where farmers shared their grievances and suggestions.

Sharing his thoughts, President ZTBL said the people of Gilgit-Baltistan were honest, hospitable and patriotic, adding that the majority of borrowers in the area repaid their loans in time. He hoped that the area will soon become a favorite destination of local and international tourists.