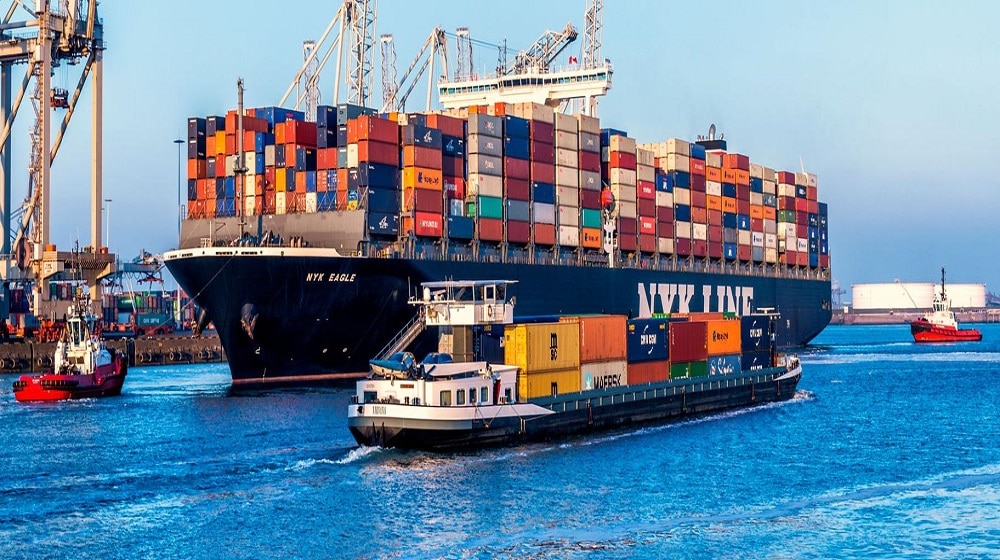 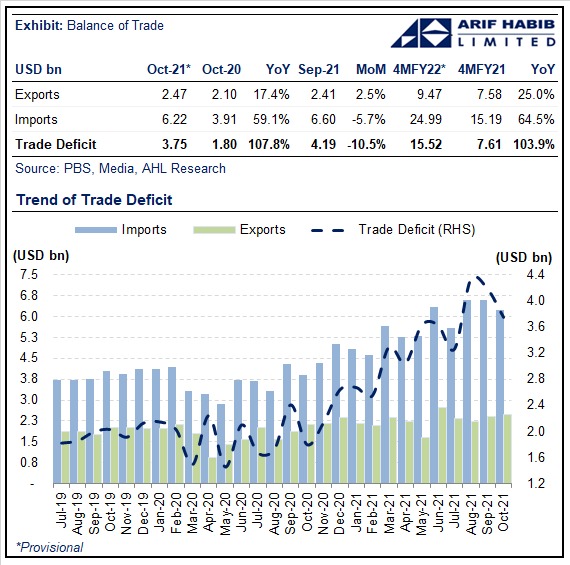 According to Commerce Ministry, in these four months (July-Oct) of the current financial year, imports grew by 64.5 percent to $24.994 billion as opposed to $15.193 billion for the same period last year. A similar trend was observed in Oct-21 as imports posted 60 percent growth ($ 6.246 billion) compared to the Oct-20 import figure of $ 3.907 billion.

One positive aspect of the growing trend in imports is that 40 percent of the growth is due to an increase in investment-related imports. Such imports reflect growing business activity in the country.

The net difference in imports was $9.801 billion between July-Oct FY22 and July-Oct FY21. A major chunk of $1.068 billion went in vaccine imports; $239 million in consumer goods, $823 million in food; $1.620 billion in capital goods; while $ 2.209 billion in raw material imports. Further, import receipts for petroleum, coal, and gas stood at $3.364 billion and miscellaneous imports stood at $478 million.

Another positive development that the Commerce Ministry reported is a record increase in exports. Though export growth was unable to contain the trade deficit, exports grew by 17.5% to $2.471 billion in October FY22, a record compared to previous years’ figures.

In the July-Oct period, exports grew to $9.468 billion compared to $7.576 billion in the same period of last financial year, posting a growth of 25%. According to analysts, if this trend continues, the government will cross the projected $28 billion export target for FY2022.