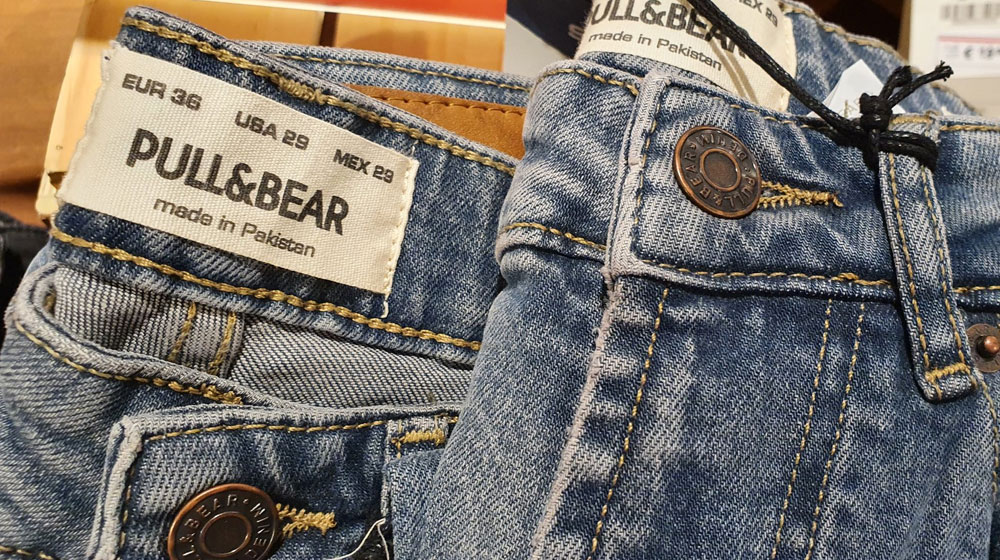 Pakistan has surpassed China in denim apparel exports to the United States (US), as per international media reports.

According to an analysis of Apparel Resources – an India-based textile trade publication – Pakistan’s annual exports of cotton-made clothing to the US touched the $276 million mark ($275.89 million) from January-September 2021, surpassing China’s $274.63 million worth of exports.

This is a 63.40 percent increase compared to the corresponding period of last year when Pakistani shipments to the US accounted for $168.85 million against China’s $238.75 million.

These dominating export figures have also reduced the gap with Vietnam’s denim exports to the US worth $278.69 million during the same period.

Bangladesh remained the top supplier to the US, with its shipments crossing $520.16 million – a 31.40 percent yearly increase.

Mexico followed closely with $471.78 million worth of denim supplies to the US, recording an annual growth of 46.53 percent.

This has been possible due to the business-friendly policies of the Biden administration despite the constraints caused by the COVID-19 pandemic.

According to OTEXA data, during the first nine months of 2021, the US market has imported denim clothing worth $2.54 billion, noting a 28.56 percent surge on a year-on-year basis.