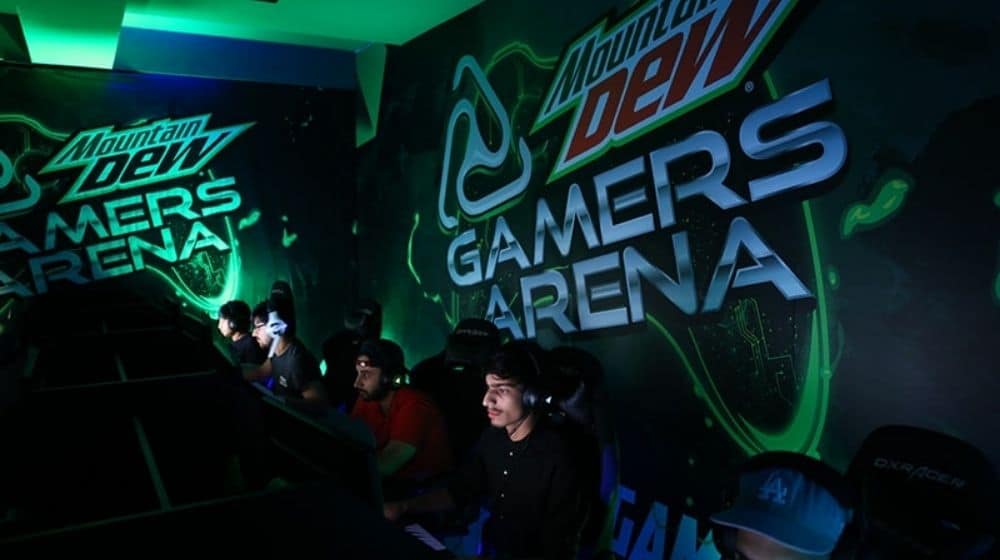 eSports is one of the fastest-growing industries in the world. However, in Pakistan, the industry is still struggling and has a long way to go.

In January 2021, Federal Minister for information and Broadcasting Fawad Chaudhry announced that eSports would finally be made an official sport.

In a developing country such as Pakistan, there are a number of barriers that eSports need to overcome. Their slow growth in Pakistan can be attributed to various reasons such as:

The lack of awareness surrounding eSports and their potential in Pakistan is one of the main reasons behind their slow rise in popularity.

Pakistani stars such as Arslan Ash started out by playing arcade games and eventually went on to win international Tekken championships. Before his first major international win, he was unknown in Pakistan as far as mainstream popularity is concerned.

Hailing from Lahore, Arslan’s win at the EVO Japan and USA 2019 tournament put Pakistan on the radar in the world of eSports, particularly in the fighting game genre.

Since then many Pakistani players have joined the ranks and gone on to do wonders.

Initiatives such as Esports Pakistan (ESPK) have been developed to help with the growth of eSports in the country. The main aim of the initiative has been to bring together people from different walks of life under one roof and develop gaming as a profession. The organization operates from its Gaming Arena based in Royal Palm, Lahore, and hopes to unite both old and young players under the platform.

International news channels such as ESPN, Ginx TV, etc. convey news stories most related to esports and the video game industry. The lack of such initiatives in Pakistan is also one of the fundamental reasons why esports has been unable to receive its due recognition.

For people hailing from Pakistani families, culture and tradition are an important part of their lives. They prefer taking conventional career paths as opposed to undertaking high-risk ones, where the promise of reward is low.

The generation gap starting from Baby Boomers up till Gen-Z has caused tumultuous variations in the way each generation deals with career, relationships, and life, in general. This coupled with the traditions and norms in Pakistan has kept the barrier of entry for eSports high.

People like Arslan Ash, Sumail Hassan, and many others were able to break through societal barriers thanks to the support of their parents. Many Pakistani children that wish to pursue non-conventional career paths are often shunned due to the risks involved, resulting in only a handful of individuals undertaking different career paths.

Moreover, video games have been long associated with violent behavior, mass shooting, and carnage even though no study has conclusively proved that video games cause all of these issues. Despite what many believe to be a strong indicator of violent tendencies in young people, video games have been known to improve cognitive functions and enhance brain power.

Social perceptions of video game players as loners or nerds, with limited social interactions and the absence of social life have also impacted people’s perceptions of gamers and their own self-image issues. For the female population, in particular, the stigma goes even deeper with people assuming that it is all for clout. However, according to a study conducted by Ericsson, the stigma surrounding the gaming industry, video games, and gamers, may soon loosen its grip.

Lack of resources such as a stable broadband connection, availability of electricity, etc. has also been a barrier for aspiring gamers.

Sumail Hassan and Arslan Ash, two-star players of the Pakistani Esports community were unable to afford fast internet connections or hardware, as is required by many online games.

There are many others in Pakistan with unmatchable talent and a blazing fire to compete in tournaments around the world. However, the lack of monetary resources, stable internet connection, and power issues prevent them from being able to compete at a higher level.

PTCL lists only the following games with servers in Pakistan:

Other games such as DOTA 2, LoL, Fortnite, Apex Legends, Valorant, etc. are connected via servers in the Middle East, South East Asia, or sometimes even India. The lack of servers can result in slow connectivity, server overload, performance issues, high pings, and constant lagging.

For eSports and competitive games, in general, to take root in the country, local servers are an essential requirement that needs to be fulfilled.

The stigma surrounding esports as a mere pastime has affected the number of people and companies that invest in esports. Despite the existence of initiatives such as ESPK, most sponsors are unwilling to invest in tournaments or events.

Local companies and businesses tend to not invest or sponsor Pakistani Esports tournaments or stars.

People like Arslan Ash received sponsorship via Redbull. Awais Parvez better known as Awais Honey acquired sponsorship from Genuine Gaming and went on to win the FV Cup 2019 for Tekken. Similarly, events such as Dew Gamers Arena 2019 have been

There are very few incidents where local businesses have supported such local talent.

With a lower-middle-income poverty rate of 39.3 percent and most families earning less than $3.2 per day, it is difficult for many to serve three meals a day to their families, and at the same time be involved in esports.

Esports is a costly activity that requires a number of resources, time, effort, and commitment. Starting an esports journey using a PC can cost anywhere from $500 to $3000. Consoles such as Xbox, Playstation, etc. may cost between $600 to $1500 (ballpark figures).

This prevents a majority of people from getting into eSports as well. However, there’s a silver lining.

In a country where many live hand-to-mouth, mobile phones and portable devices are more commonly used to play video games that require an investment of thousands of Rupees. They have lowered the barrier of entry somewhat and have also led to one of the biggest upcoming mobile game tournaments in Pakistan scheduled in January.