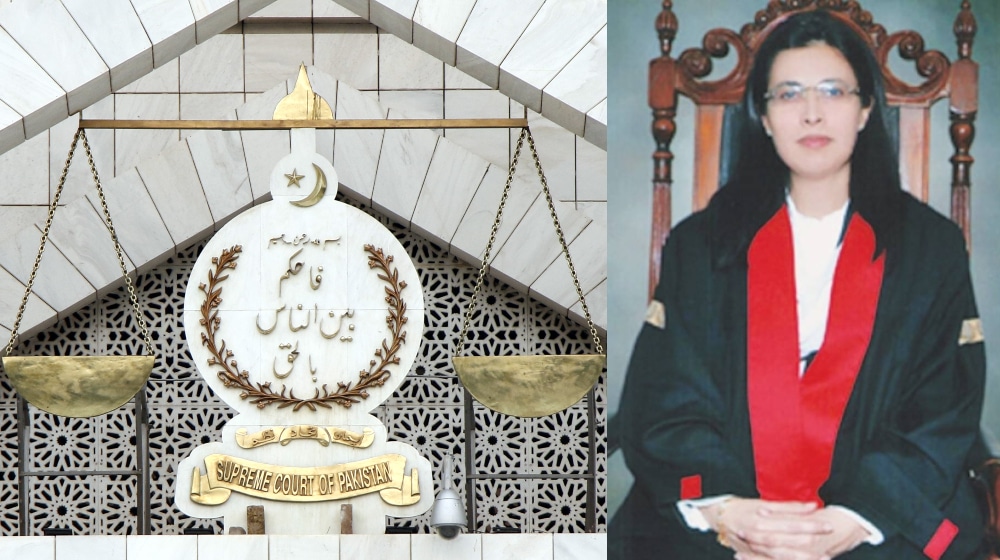 The Ministry of Law and Justice has officially declared the appointment of Justice Ayesha Malik at the Supreme Court (SC) of Pakistan, making her the first woman judge ever to be elevated to the country’s apex court.

According to the official notification, President of Pakistan Arif Alvi has approved the appointment of Justice Malik and she will assume her new office on the day she takes the oath for it.

ALSO READ
Google is Working on a Special Project in a Top Secret Facility: Report

Justice Malik had been serving as a judge in Lahore High Court (LHC) since 2012.

The Parliamentary Committee on the Appointment of Superior Judiciary had approved her appointment earlier this week and forwarded the summary to the Ministry of Law for the assent of the President.

A nine-member committee of the Judicial Commission of Pakistan (JCP) had initially approved the appointment of Justice Malik for the SC this month and sanctioned her appointment with a majority vote of five members.

It had met last September to permit her nomination but the meeting had ended without consensus as many members had questioned the principle of seniority, arguing that she is the LHC’s fourth most senior judge and cannot supersede other judges. Some countered that seniority is not a requirement for elevation to the SC as per the country’s constitution and that judges from provincial high courts have also been appointed to the apex court irrespective of their seniority.

The JCP ultimately okayed Justice Malik’s nomination this month and the parliamentary committee assented to her elevation earlier this week, which paved the way for her appointment at the SC.

Justice Malik went to school in Paris and New York, after which she completed her B.Com in Karachi. Her initial legal education was at Pakistan College of Law in Lahore, following which she attended Harvard Law School Cambridge for her LLM.

She became a London H. Gammon Fellow in 1998-1999 for her outstanding academic achievements during her time at Harvard.