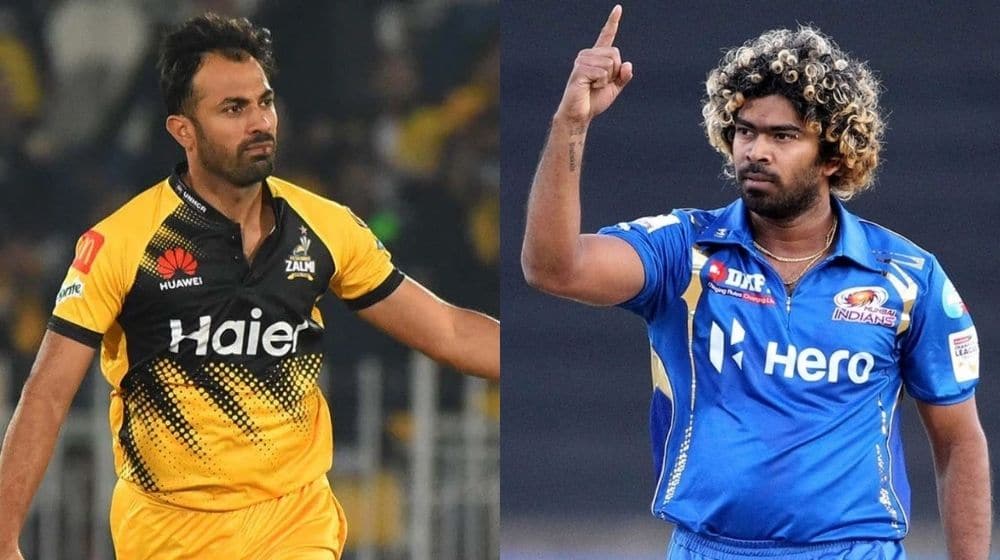 PSL and IPL are among the most-watched T20 leagues with massive following all around the world. Being organized by the neighboring rivals, India and Pakistan, the two leagues are often compared. While IPL has been around for more than 14 years, PSL has just completed its seventh season.

Looking at the bowling performances, PSL has earned the reputation for showcasing the world’s best bowling talent. On the other hand, bowlers in IPL have also shown great skills facing the top batters in the batting-friendly conditions of India.

Here’s a comparison between top wicket-takers of PSL and IPL:

Most Wickets in PSL – Wahab Riaz

Wahab Riaz is one of the most experienced pacers in PSL, featuring in all seven editions. The 36-year-old has played for Peshawar Zalmi throughout and is currently leading the side. Left-arm pacer is the top wicket-taker of PSL with 103 wickets to his name. In 77 matches, Wahab Riaz averages 21.29 with the ball while maintaining an economy of 7.59.

Wahab Riaz arguably bowls the most precise yorkers in PSL, owing to his experience of death bowling. It can be proved statistically by taking a look at the figures of the pace bowler in the last four overs of PSL matches over the years. In 64 innings when Wahab Riaz has bowled at the death, the pacer has bagged 51 wickets at an outstanding average of 15.17 and a relatively reasonable economy of 8.16.

In PSL, Wahab Riaz has rarely bowled in the Powerplay. On 39 occasions when Wahab came in to bowl at the very start of the game, he managed to pick up only 10 wickets averaging 35.70. However, his economy, while bowling in the first 6 overs, is 7.59 which is considered decent in T20 format.

Although Wahab Riaz has never ended any individual season of PSL with the highest number of wickets, he still remained consistent over the years. It is pertinent to mention that he was the second-highest wicket-taker in four out of seven seasons of PSL.

Most Wickets in IPL – Lasith Malinga

Although Lasith Malinga hung his boots in 2019, he still remains the highest wicket-taker in 14 years of IPL. The Sri-Lankan bowler played 10 seasons of the league, picking up 170 wickets. In 122 matches for Mumbai Indians, Malinga averaged 19.79 with an amazing economy of 7.14.

Known as the ‘King of Yorkers’, the impact of Lasith Malinga in the death overs cannot be denied. Out of his 170 wickets in IPL, the pacer has picked up 90 wickets in the final four overs and 112 in the last six overs. In death overs, Lasith Malinga enjoys a mind-blowing average of 13.28 and an economy of 7.8.

While he was a death-overs-specialist, it did not stop Lasith Malinga from being a nightmare for openers. He bowled consistently in Powerplay for Mumbai Indians, taking 37 wickets at an average of 31.35. However, it was his economy that made the right-arm fast-bowler highly valuable for his team. In the first six overs, Lasith Malinga had a stunning economy of 6.27 despite Powerplay being the most batting-dominated part of the match.

Since Wahab Riaz and Lasith Malinga are the overall highest wicket-takers in PSL and IPL respectively, the following is a statistical comparison between their performances in the two leagues.

Comparison of Top Wicket Takers of PSL and IPL Since 2016:

PSL, known for its high standards of bowling, has been dominated by Pakistani bowlers with Andre Russel being the only foreigner to top the bowling charts. Moreover, Shaheen Afridi is the only bowler to end up as the highest wicket-taker twice, in PSL 2020 and 2022. In IPL, Bhuvneshwar Kumar has topped the bowling charts twice since 2016.

Following is a comparison between top bowlers of PSL and IPL since 2016: 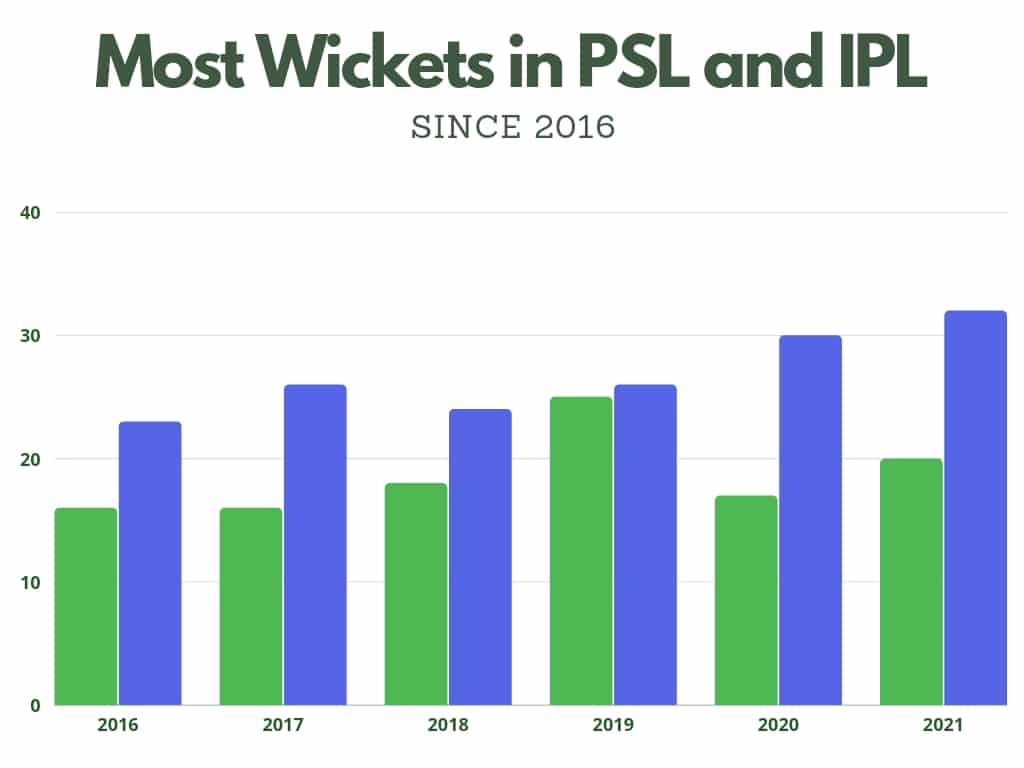 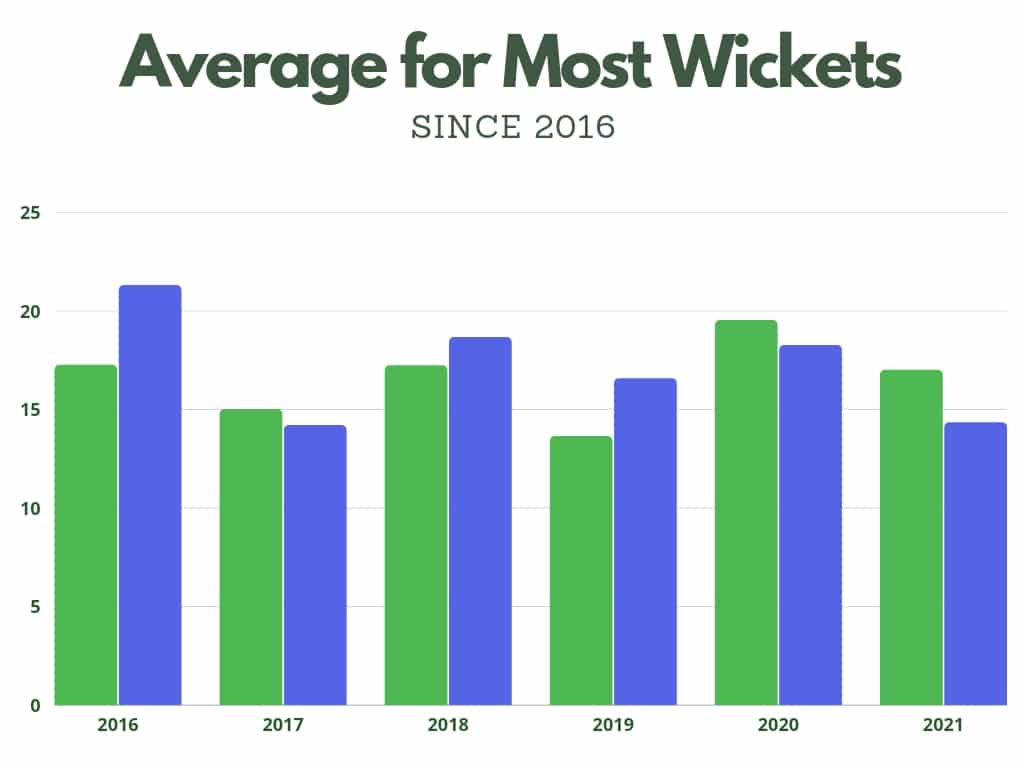