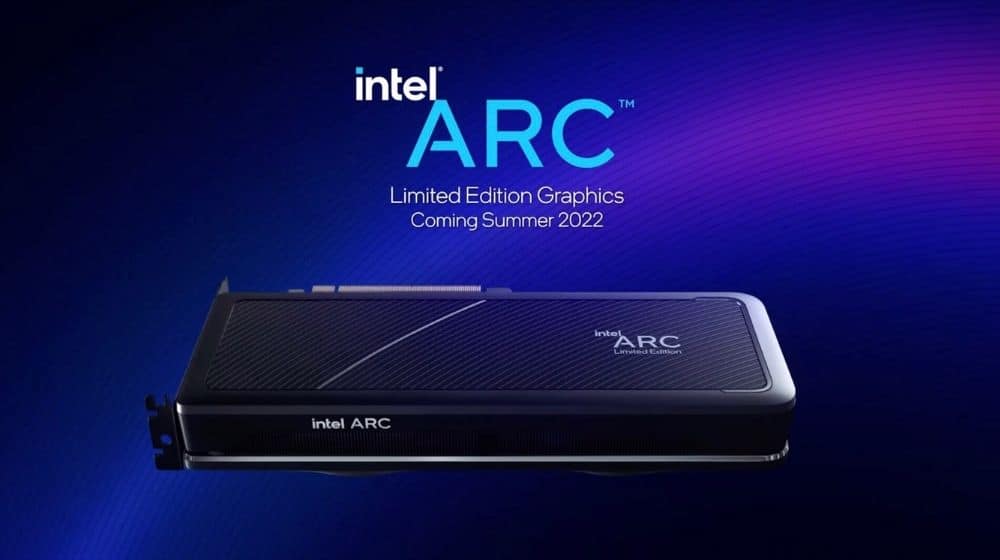 Intel debuted its first Arc GPUs today for laptops, and also gave us a first look at the desktop Arc GPUs via an official teaser image. Perhaps coincidentally, the Intel Arc GPU takes after the GeForce RTX 3070 Founders Edition. However, the company hasn’t officially confirmed whether it will be releasing a graphics card matching this design.

Additionally, the company’s teaser video highlights that this will be a limited-edition GPU and Intel has not provided any specifications for it yet. The video also reveals that the card has a dual-fan design, a single HDMI connector, and three DisplayPorts, an arrangement that Intel plans to incorporate with other desktop graphics cards as well.

Additionally, to demonstrate the supremacy of its ARC GPU’s AV1 video codec support on a hardware level, Intel used an Elden Ring game streaming demo over XSplit. In a common streaming scenario with 5Mbps speeds and a 1080p resolution, the AV1 codec proved visually superior to the H.264 codec that AMD or Nvidia desktop and laptop GPUs support. It also delivers enhanced details at the same streaming conditions as it is about 30% more efficient than even the popular High-Efficiency Video Coding (HEVC) codec. 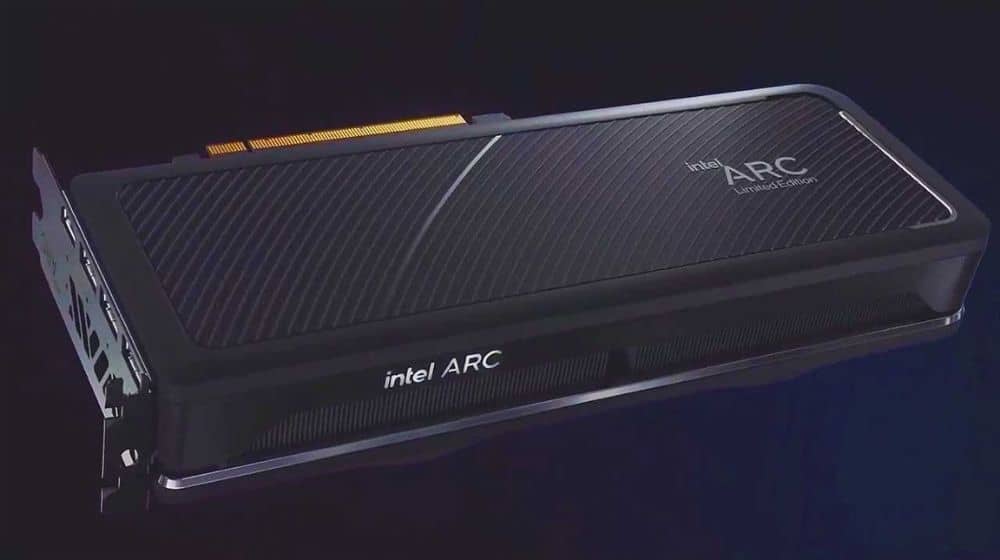 Speculations reveal that the GPU will be built on TMSC’s N6 node. According to the company, the desktop Arc GPUs won’t be the only Arc products launching this summer, Intel’s more powerful Arc 5 and Arc 7 laptop GPUs, as well as its XeSS AI-based super-sampling, are also scheduled to make a debut in the early summer. We expect Intel to reveal more details about its first desktop graphics card in the coming months.