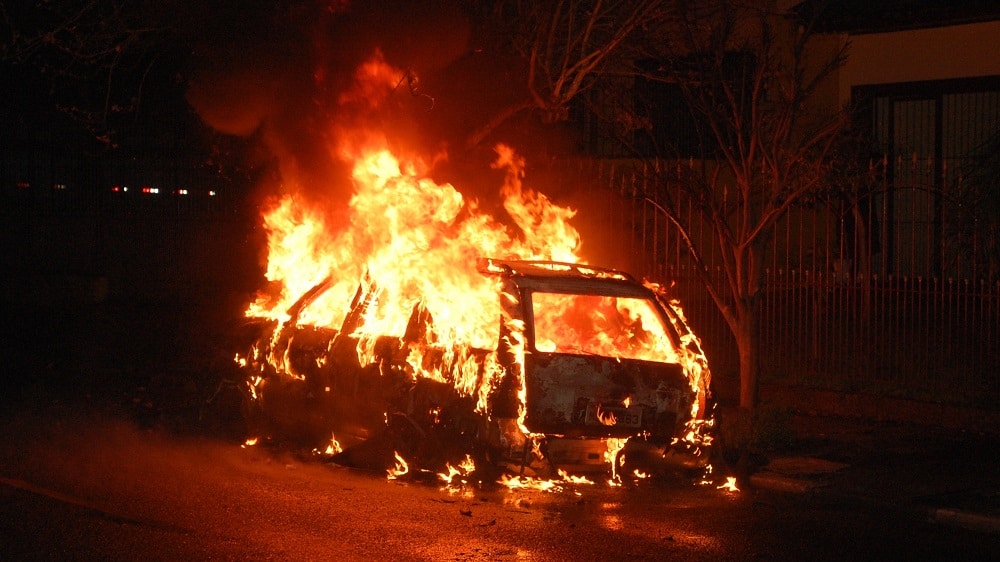 Cars can spontaneously catch fire if you aren’t careful. The reason for these fires may be a single common mistake that most drivers make. Dubai police studied 94 car fires and figured out what causes these fires.

Dubai Police monitors UAE with some of the most exotic vehicles on Earth. Its fleet comprises costly SUVs, hypercars, and whatnot. But the law enforcement agency doesn’t just show off these cars, it also maintains them which makes their take on vehicle maintenance credible.

In the 94 car fires that occurred over the year, Dubai police found that majority of the cars were unfit for being brought on the road. They either had illegal modifications, were maintained from uncertified garages, or no hadn’t been maintained at all in a long time. The statement is affirmed by a report from Gulf News which attributed improper servicing which eventually led to car fires.

Similarly, an official from the General Department of Forensic Sciences and Criminology of the UAE shared his thoughts on the 94 fires. According to him, two major reasons caused fires – traffic accidents and incorrect servicing of the destroyed vehicle.

Blazes were reported in cars, buses, and trucks until April 10. The main cause is a poor inspection or getting the service done from non-certified garages.

It is a good practice to not park vehicles near anything that can catch fire, a measure especially useful in hot regions like the gulf and South Asia. No potentially flammable liquids should be kept in the vehicle when parked directly under sunlight. Any electrical devices should be untethered from the car while leaving the vehicle as well.

One useful utility to have in your car would be a compact fire extinguisher, preferably in easy access.