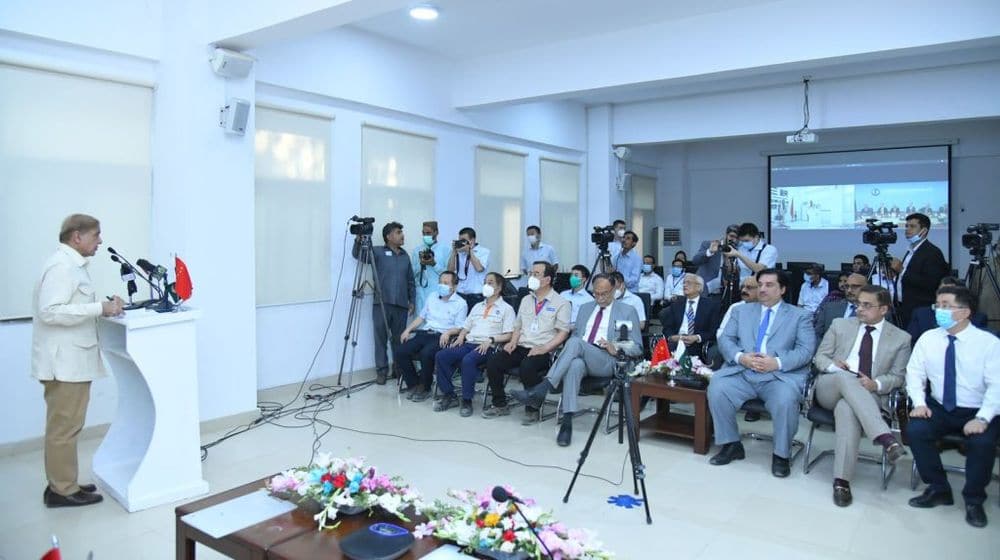 Talking to the media during his visit to the site of the Karot Hydropower Project, the premier said that the incumbent government is striving to control inflation and stabilize the economy.

The PM reviewed the progress of the project and said that it had been delayed because of the pandemic and other related issues. He assured that on account of the project being a hydropower one, the price of electricity price will gradually be reduced to Rs. 3 per unit after the retirement of the debt.

The PM revealed that the Chinese engineers had assured him of its early completion, for which he thanked the Chinese and Pakistani workers, and the concerned departments and ministries. He also thanked the Chinese President, Xi Jinping, Pakistan Muslim League-Nawaz (PML-N) Leader Nawaz Sharif, and the Chairman of the Three Gorges Company which is executing the project.

He particularly thanked the latter for agreeing to supply free-of-charge electricity to the national grid until the finalization of the Commercial Operation Dates which will save the national exchequer Rs. 4 billion. The premier labeled it unprecedented and a gesture of strong China-Pakistan friendship.

He also called for the Chinese model of development to be emulated and said that the governments of Punjab and Azad Kashmir will get Rs. 1.2 billion as water use charge while spending Rs. 120 million annually for the next 30 years for the uplift of the Karot area as the locals had sacrificed their properties for the project.