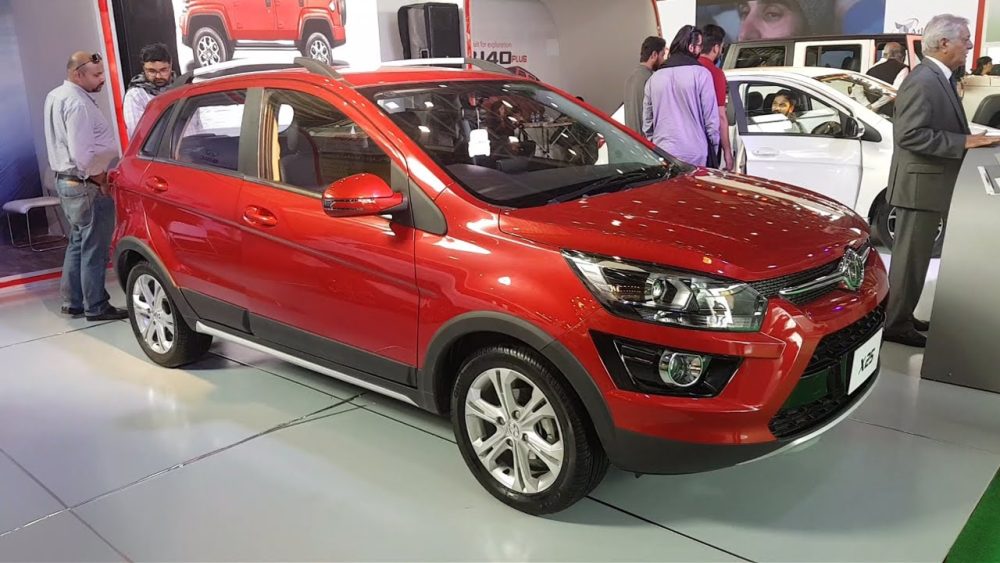 Sazgar Engineering Works Limited (SEWL) launched BAIC BJ40 late last year but is keeping quiet about other cars. It displayed the D20 hatchback and X25 subcompact crossover at the PAPS auto show in 2020. Both cars drew significant attention due to the prospect of being cheap.

However, it seems that X25’s launch might still be on the cards as a registered unit of it was recently spotted on Pakistani roads. The news comes with the photos of a Punjab-registered white X25 as well as its registration information.

At the time of its reveal over two years ago, BAIC told ProPakistani that X25 will have the same price as a Suzuki Cultus. Given that the latter also costs Rs. 2,762,000 now, it is remarkable to see that BAIC’s subcompact crossover SUV is not far off.

It has a naturally aspirated 1.5-liter 4-cylinder petrol engine which, with either a 5-speed manual or 4-speed automatic transmission, is capable of sending 116 horsepower (hp) and 148 newton-meters (Nm) of torque to the front wheels. Reports suggest that Pakistan will get both, a manual and an automatic variant of the X25.

The SUV also has some basic safety and comfort features such as:

Unfortunately, SEWL has not even hinted at X25’s launch in Pakistan yet. Plus, in the current economic situation, it is unlikely for any automaker to launch a new car. With that said, BAIC X25’s launch will likely have to wait a little longer.