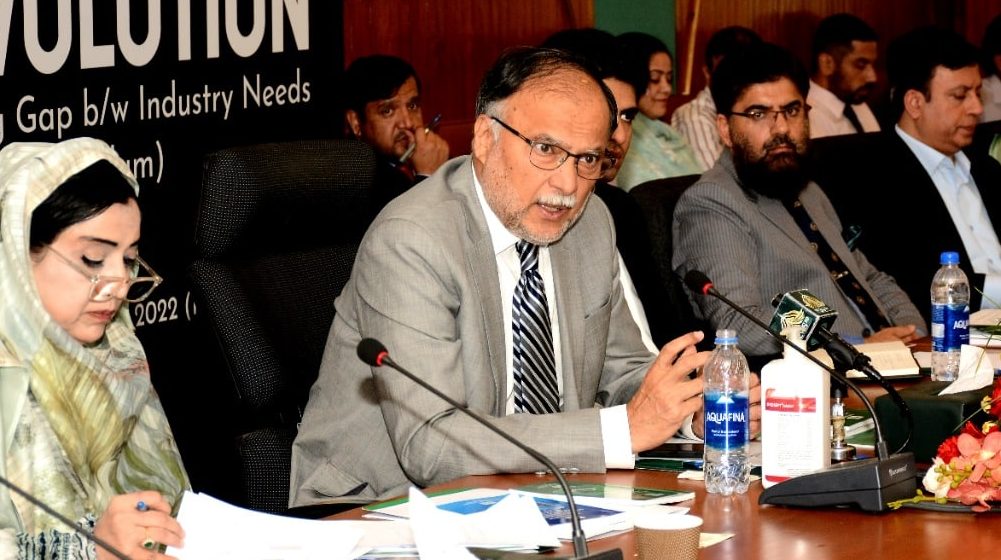 Federal Minister for Planning Development & Special Initiatives, Ahsan Iqbal, directed the Pakistan Bureau of Statistics (PBS) and Ministry of Information and Technology (MoITT) to develop a dashboard to monitor the daily activities of the economy in the country.

He further directed to promote the innovative projects of national importance under the Innovation Support Fund (ISF), which will be launched soon.

The Minister gave these directions while chairing a meeting for the development of the National Integrated Dashboard and ISF at the Ministry on Tuesday. The meeting was attended by the Secretary Planning Commission, Additional Secretary, Members, and representatives from various ministries.

The Minister said that data is the key in the current era, and there should be a dashboard at two levels, one for top leadership and the second for the secretary’s level, so every ministry could monitor the economic indicators. There is a bulk of data hidden in the government’s department, but we should have a system to utilize it, said the Minister while stressing the official for a System Analyst to work on the dashboard and conduct need assessment in public sectors.

Similarly, the Minister said that there should also be a data policy. The Secretary Ministry of IT informed that it is already working on the policy and it will take a few months to finalize it. The Minister directed the IT ministry to give a briefing next week.

During the meeting, the Minister also directed officials of the Planning Commission to hold a round-table conference to promote innovative projects of national importance under the ISF project.

“We should recognize innovation as a tool to achieve maximum productivity and efficiency in agriculture, health, education, and other sectors,” the Minister remarked. He directed officials to invite people from various fields like Industry, academia, Higher Education Commission, IT, Chamber of Commerce, and others, to launch and encourage the innovators under the project.

Moreover, the Minister also reviewed the progress of twenty poor districts, which were targeted for development. The Minister directed the concerned stakeholders to complete the need assessment and survey of the district so the development process could be started immediately.