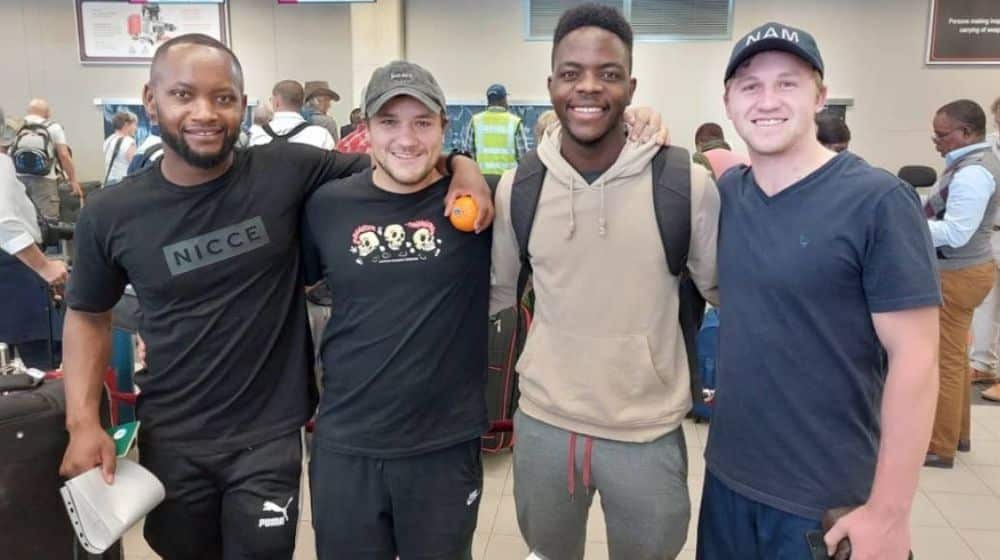 Four Namibian cricket players including Picky YaFrance, Mauritius Ngupita, Nicol Loftie-Eaton, and Shaun Fouche arrived on Monday in Lahore where they will participate in a two-week training camp in Lahore.

While wishing them good luck, Sameen Rana wrote in the response to the Namibian Cricket’s tweet, “Most welcome and do enjoy your time in Lahore, Pakistan, and Qalandars HPC. Best of Luck.”

Most welcome and do enjoy your time in Lahore, Pakistan and @QalandarsHPC . Best of luck @lahoreqalandars https://t.co/BRWmD496lx

The current Pakistan Super League champions agreed earlier this year to take part in a three-team tournament in Namibia including hosts Richelieu Eagles, and a team from South Africa, DP World Lions.

The inaugural Global T20 tournament will be held in Windhoek, Namibia, from September 1 to 5, where each team will play others twice in the tournament.

It is worth noting that Namibia’s all-rounder, David Wiese, is also one of the Qalandars’ star cricketers, who has represented the franchise in 35 matches and has scored 478 runs in 27 innings.