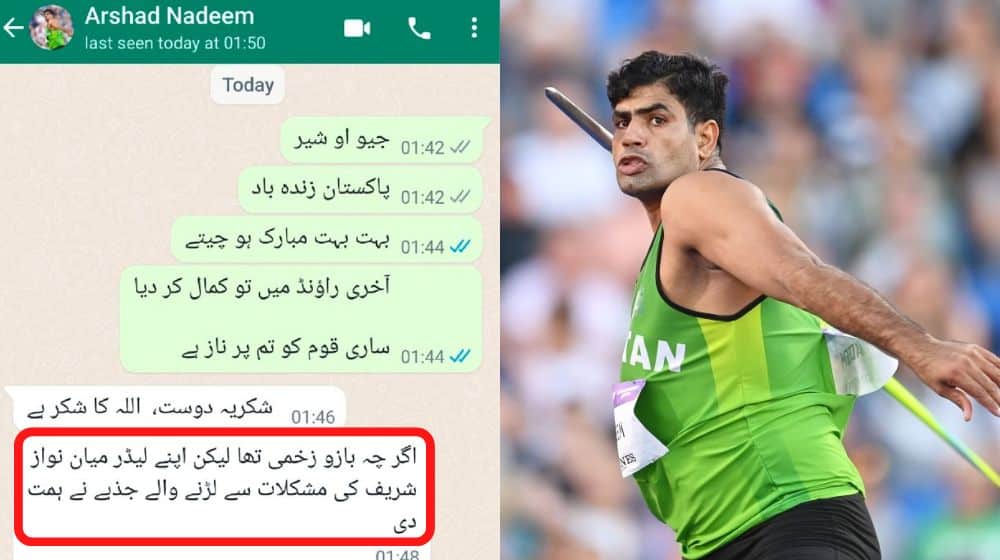 Pakistan’s star javelin thrower, Arshad Nadeem, has urged fans to stop spreading fake news after his ‘WhatsApp chat’ meme went viral on social media. Arshad took to Twitter to voice his concern on the fake news and stated that he was part of no such conversation.

According to details, a meme went viral on social media after Arshad’s record-breaking gold medal performance at the 2022 Commonwealth Games. As per the meme, Arshad Nadeem stated that he was able to deliver his record-breaking throw despite being injured after taking inspiration from the struggles of former Pakistan Prime Minister, Nawaz Sharif.

The meme got plenty of attention and was widely shared on various social media platforms.

Arshad took it upon himself to clarify the tweet as he stated that no such conversation took place and fake news is being spread on social media. He urged the fans to ignore such screenshots and asked them to report such accounts that spread fake news.

Earlier, Arshad had also requested the fans to report a number of fake Twitter profiles in his name. The fake profile trend on social media platforms has been a cause for concern for athletes and celebrities as false information regarding them is portrayed on such platforms.