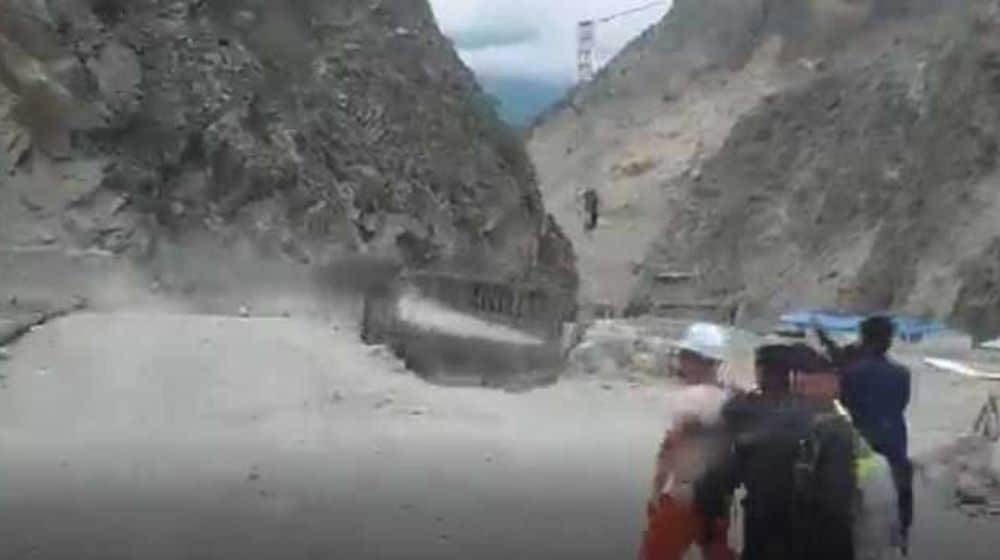 A frightening flash flood caused by unusually heavy monsoon rains washed away a bridge built across the Uchar Nullah near the Karakoram Highway (KKH) in Upper Kohistan’s Dasu area.

According to reports, the authorities have closed the Karakoram Highway for all types of traffic and now people can travel to Gilgit-Baltistan by using Babusar Pass.

While sharing the video on her Twitter, Federal Minister for Climate Change, Sherry Rehman, said that the KKH was blocked on both sides due to the flash flood, cutting Gilgit off from the rest of the country.

The federal minister also advised all relevant authorities to be on high alert because the country could be hit with more torrential rains in the coming days.

Massive flash flood at Nullah (RD 303) in Dassu district, KP. Compact bridge has been washed off with the flood surge. KKH is blocked both sides right now. No buses are allowed for now on Babusar road. All DCs of the area need to remain vigilant. The bridge was not resilient. pic.twitter.com/vz8V3IDIGm

It is worth noting that Pakistan has experienced heavy monsoon rains this year, wreaking havoc in almost every part of the country, killing hundreds of people, and destroying infrastructure worth billions of rupees.

According to National Disaster Management Authority (NDMA) data, 312 people died in rain-related incidents across the country between June 14 and July 25, including 136 men, 56 women, and 121 children.