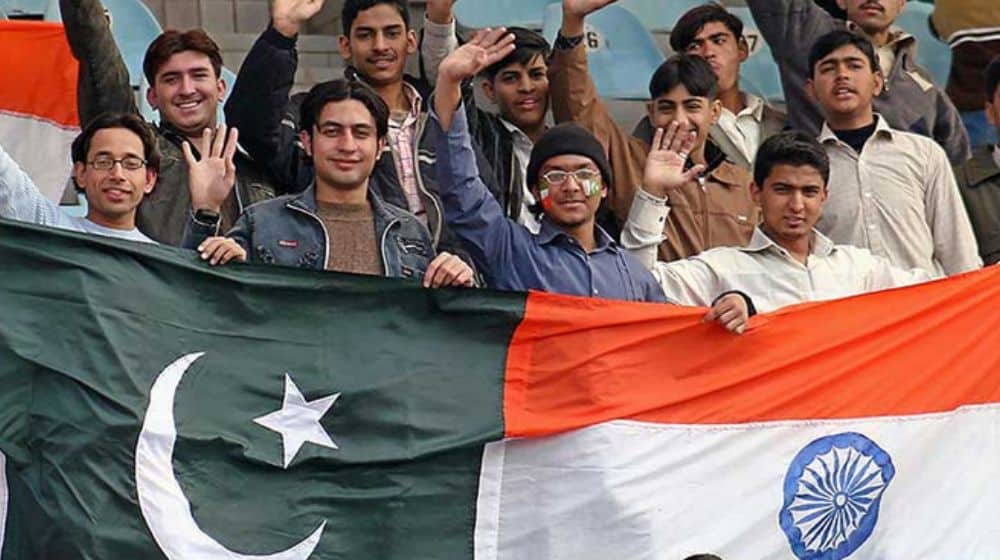 The Pakistan cricket team began their three-match ODI series against the Netherlands in Rotterdam, attracting hundreds of Pakistani fans to show their support for the national team at the Hazelaarweg stadium.

Meanwhile, cricket fans from India have also expressed their love and support for the Men in Green as some of them have traveled from Germany to support their neighboring country’s team.

Answering a question regarding their favorite Pakistani player, the Indian fans said that all cricketers are their favorite. They also requested the cricket boards to resume Pakistan-India bilateral cricket.

Talking about the game, Babar Azam won the toss and chose to bat first, but the host bowling attack did not allow the left-handed openers, Imam-ul-Haq and Fakhar Zaman, to bat openly in the powerplay.

Young pacer, Naseem Shah, and middle-order batter, Salman Ali Agha, have made their ODI debut while Shaheen Afridi has been rested for the first two games. Babar Azam Fakhar is currently on the crease, with Fakhar on 73* and Babar on 46*.