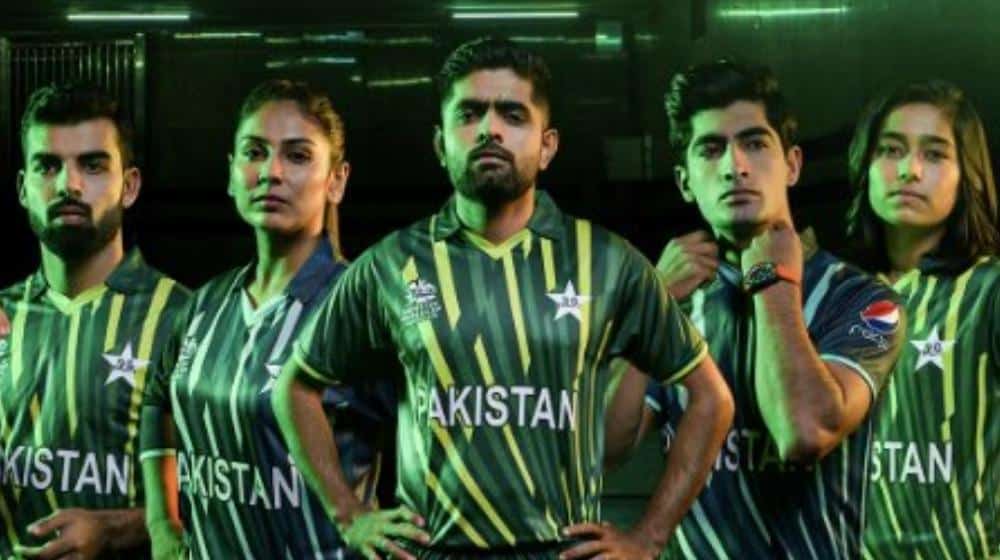 With the 2022 T20 World Cup just less than a month away, all the participating teams are revealing their official kits following the announcement of the squads.

While the Pakistan Cricket Board (PCB) has yet to officially reveal the kit, the PCB unintentionally posted an image of Pakistani players wearing the World Cup jerseys on its official online store.

@TheRealPCB released the new kit for the @T20WorldCup on their website by mistake as they didn’t officially release it as of yet. The website is down now. Thoughts about the kit?#Pakistan #PakistanCricket #PAKvENG pic.twitter.com/dRAt15mzvO

The fans have expressed mixed reactions, with some even comparing the kit’s design with watermelon. Let’s have a look at some of the reactions:

Earlier, the PCB officially teased the kit as well. Taking to Twitter, the PCB shared a picture of Babar Azam wearing the kit, with the tweet captioned “Thunder Awaits.”

The 2022 T20 World Cup is set to kick off in Australia on 16 October. The Men in Green will begin their campaign against arch-rivals India on 23 October at the MCG.