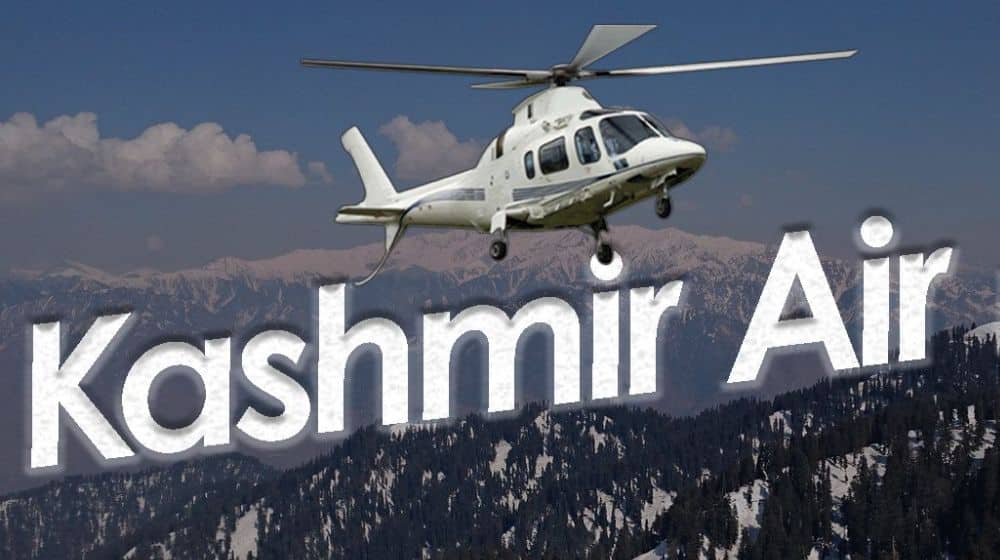 President Dr. Arif Alvi has officially inaugurated a new airline named Kashmir Air. The new airline is a venture of a US-based electronic healthcare management company, MTBC, which also has offices in Rawalpindi and Bagh.

Chairman MTBC, Mahmud-ul-Haq, also attended the inauguration ceremony of Kashmir Air, which aims to allow tourists from both Pakistan and around the world to witness the breathtaking landscapes of the northern areas.

ALSO READ
Did US Reject Arshad Sharif’s Visa Application Before His Murder in Kenya?

Kashmir Air will also offer helicopter rides in different areas like Chitral, Swat, and Babusar Top for the promotion of tourism and building connection and communication between all such areas.

In addition to aircraft and helicopter travel, Kashmir Air will also offer a wide variety of services including air safari, glider flights, and search and rescue operations in the northern areas.

Kashmir Air is a welcome addition to the national aviation industry, which will increase competition between airlines, ultimately benefitting the customers in the shape of improved services.