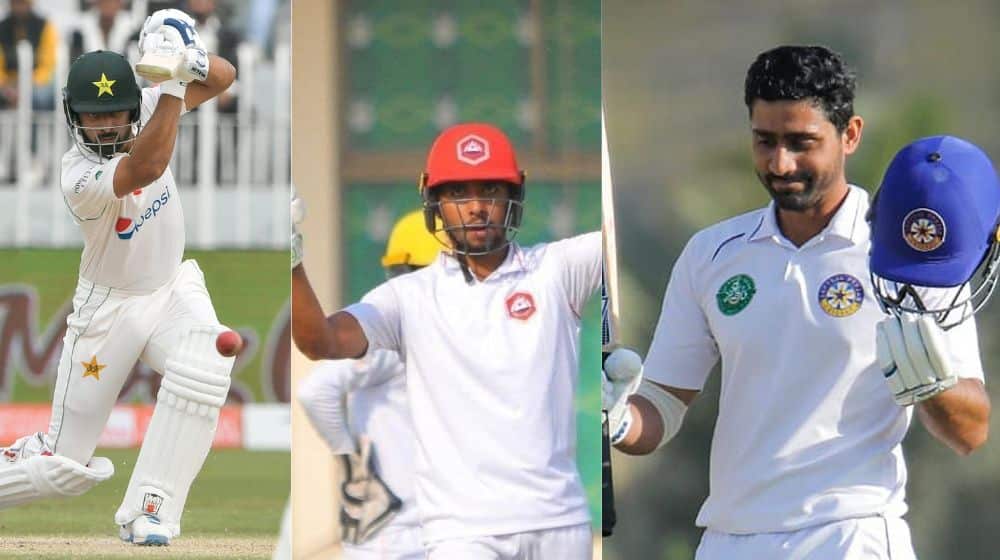 In December, Pakistan will host England for a three-match Test series at home. The series will play an important role in Pakistan’s ICC World Test Championship 2021-23 final campaign.

The national selection committee is likely to announce the squad for the historic series next week, with some changes expected in both the batting and bowling departments.

Keeping in view the importance of the series and home conditions, Babar Azam will be keen on picking a strong batting line to face one of the most experienced bowling attacks in Test cricket.

Cricket fans are also eager to learn who the national selection committee will select for the historic series. Will they stick with the players who played the Test series in Sri Lanka earlier this year or pick fresh faces?

The committee may also include some of the faces who showcase phenomenal performance in the going two-month-long domestic tournament, Quaid-e-Azam Trophy 2022/23.

Five batters appear to be in excellent form in the domestic tournament, scoring more than 600 runs each while averaging in excess of 60.

Abdullah Shafique, who debuted this year, has been a consistent performer on both the international and domestic circuits. He has played in seven Test matches and scored 736 runs at an average of 66.91.

Shafique is now the leading runs scorer of the Quaid-e-Azam Trophy, making 867 runs in 9 matches at an average of 72.25 including three centuries and four fifties.

20-year-old Muhammad Hurraira of Northern is another option for the selectors, having scored 800 runs in nine matches at an average of 72.72, including three centuries and two fifties.

Usman Salahuddin is third on the list of leading run scorers and may be considered by selectors based on his domestic performance. So far, the right-hander has 733 runs in eight matches at an average of 61.8.

Tayyab Tahir has been making headlines for a long time due to his consistent performance and batting skill. He is ranked fourth on the list, having scored 685 runs in nine matches at an average of 62.27.

Hussain Talat, who last played for Pakistan in 2018, has made a strong domestic comeback this year, scoring 646 runs in nine matches at an average of 58.72, including two centuries and four fifties.

Here are the top five run scorers of this year’s Quaid-e-Azam Trophy after nine rounds. Note here that only one round is left in the event which will be followed by the final.