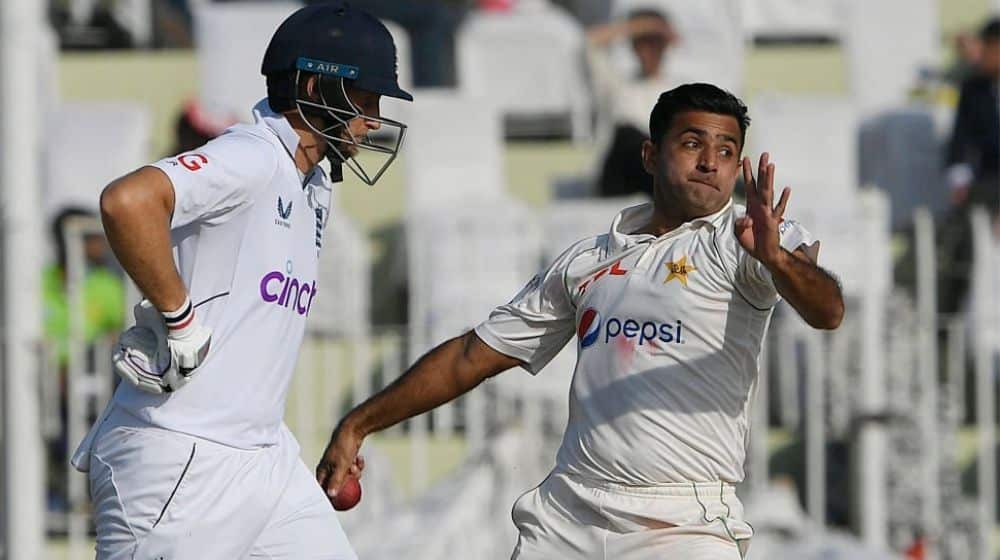 Saqlain stated that Zahid was preferred over Abrar because Zahid has been a part of Pakistan’s squad over the past year and deserved an opportunity to prove himself in Test cricket. He further stated that while Abrar’s performances in the domestic season have been magnificent, it would have been unfair for Zahid to play Abrar ahead of him.

The head coach’s explanation baffled the cricketing fraternity in Pakistan as they stated that the opportunity to play for Pakistan should be based on the better performer rather than rewarding players on the basis of experience.

Zahid had a horrid start to his Test career as he conceded 235 runs in the first innings, the most by a debutant in an innings in Test cricket history. No other bowler in Test cricket history has conceded as many runs in an innings at a worse economy rate than Zahid. His woes continued throughout the innings with Harry Brook scoring 27 runs in one over to create an English record for most runs in an over.

The 34-year-old has been in a poor run of form over the past season. His performances led him to be dropped in the 2022 Quaid-e-Azam Trophy, as Sindh put their trust in Abrar Ahmed. Zahid only took 13 wickets at an average of 45.76 in the tournament, while Abrar finished as the leading wicket-taker with 43 wickets, including five 5-wicket hauls, at an average of 21.95.