As we know that cellular companies are not investing further to expand their coverage, they are facing the challenge of fetching new sales in already saturated or semi-saturated areas.

Due to a fact that the cost of getting a new customer is far higher than grabbing a customer from other network, cellular companies are not only offering heavy incentives to end-customers but are also giving high commissions to franchises on MNP customers.

Resultantly, MNP requests from mobile phone users are extremely high in numbers. This increased demand has caused sluggishness in the process of porting numbers. This delay also occurs due to in-complete documentation required for MNP.

Cellular companies also hinder the process to some extent, naturally they would not freely allow the port out request. For the purpose, they do offer attractive packages, which are especially designed for such customers who request the port out.

There are customers who have multiple SIMs, for instance Warid and Ufone – they cross port their networks to enjoy the incentives (usually free minutes and SMS) of both the companies, while they retain their numbers and networks at the same time.

According to sources, cellular companies processed total of 2,366,098 MNP requests since the start of service till January 17th, 2010, out of which there were 2,001,258 MNP requests on unique numbers. 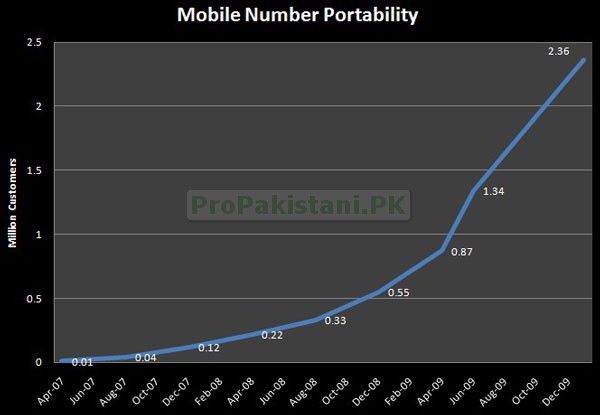