Ongoing PTCL strike has stretched around or over a month now is still on the rise, despite various resolution claims by PTCL management.

Earlier PTCL had claimed that strike is over. In a press release issued to media, PTCL had said that all employees are back to work while company is making arrangements to issue salaries and bonuses to employees before Eid.

However, in today’s Daily Jang, PTCL served a public notice to those employees who are still on strike and are planning not to resume their work till September 15th, 2010 will be considered terminated. 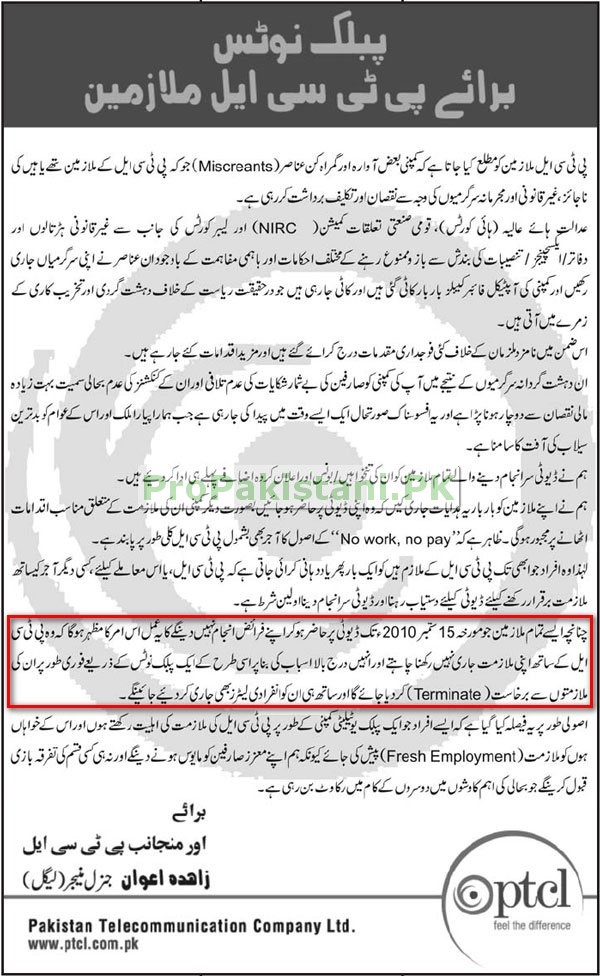 PTCL’s this notice clearly contradicts its own (one week old) press release, while it depicts the ground reality that company workers are still not contented with management’s deeds.

Moreover, above notice also serves as a confession by PTCL that it is bearing tons of loss while law enforcement agencies are unable to safe-guard its premises and fiber-optic network.

Following are other highlights of PTCL Strike: 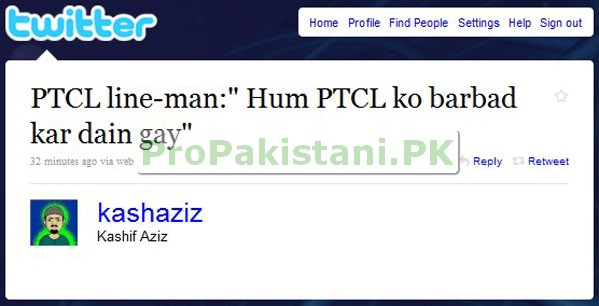