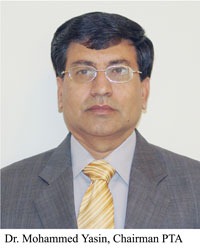 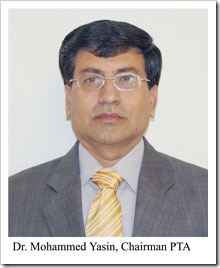 Dr. Yasin was promoted from member technical to Chairmanship of PTA back in 2008 to replace Maj. Gen (R) Shahzada Alam Malik.

Unlike Shahzada Alam, who enjoyed two service extensions, Dr. Yasin is not being offered such a chance, reportedly due to his differences with government following 3G auction process.

Having said this, some sources mention that Dr. Yasin himself doesn’t want service extension, probably for the same differences.

One who has attended recent meetings of standing committees would have clear picture of relations between Dr. Yasin and the government.

Mudassir Jehangir of More.PK attributed the fall of telecommunication to Dr. Yasin, while Ahmed Rayyan of Telecom Recorder said that performance of Dr. Yasin remained tremendous during his service term.

While Ahmed Rayyan of Telecom Recorder, on other hands, seemed convinced with Dr. Yasin’s performance during his four year tenure. He writes:

Under his leadership, the authority along with cellular operators implemented various systems to streamline the cellular sector through all possible ways to stop the illegal sale and use of unregistered SIMs.

PTA launched “789 SIM Activation System” for introducing sale of post-activated SIMs of cellular operators. It implemented “668 SIM Information System” in October 2009 and May 2011.

Dr. Yaseen has done extraordinary work to bring out latest technology in the country particularly the internet services through broadband technology. It may not wrong to say that the entire sector was developed under his leadership and investors’ friendly policy.

We have shared both viewpoints with you. Now we are leaving it up to you to decide about the performance of Dr. Yasin. For which, you can participate in below poll. You can of course share your thoughts in below comments too.