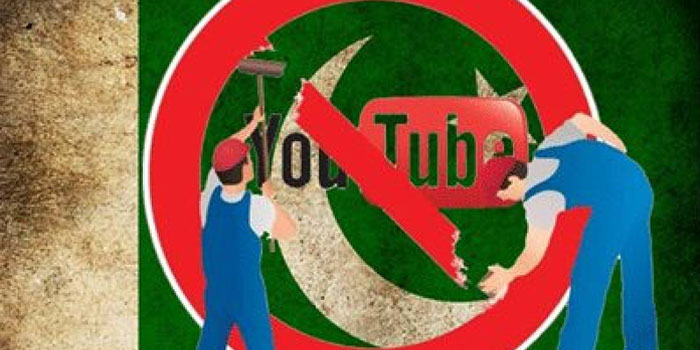 Google, a company that actively operates in Pakistan without any physical presence, is holding Pakistan’s YouTube Launch event later this month, we have checked.

According to initial details, Google will hold this YouTube launch event in Karachi on September 28th, 2016, where it is hoping to gather the digital community of the country.

A three and half year ban on YouTube in Pakistan was lifted earlier this year when Google introduced localized version of YouTube for Pakistani internet users.

We are hearing that Google is aiming to mark the official launch of YouTube in Pakistan with the event.

Internet picked up rapidly during 2012-15, when YouTube was banned in Pakistan

Experts say that YouTube’s ban during 2012-2015 was crucial time for internet companies operating in Pakistan and apparently YouTube missed the train and it is now going to make efforts to engage the community, especially the content creators.

Clearly all major social media stars and sitcom artists in Pakistan, such as Zaid Ali T, Comics by Arsalan, Sham Idrees, etc., resorted to Facebook for their videos and acts. And while YouTube was banned in Pakistan, they established significant following on Facebook and this is exactly what YouTube wants to change with events like one is planned later this month.

Moreover, since YouTube is actively selling its inventory in Pakistan, it is also trying to increase its visibility to engage more companies, brands and advertisers for sales.

Not to mention, as we discussed before, Google is actively selling its inventory in Pakistan, that too without an office and any tax or legal liabilities towards Pakistan.

For those who don’t know, Google sells its YouTube Homepage banner to Pakistani companies directly for USD 3,500 to USD 5,000 per day.

This YouTube homepage banner can only be booked directly through a Google representative and can not be purchased through adwords or any other online portal, showing that how Google is directly selling its inventory in Pakistan and not paying a single penny in taxes.

We are yet to see the legal status of such sale and promotion events of companies that make money out of Pakistan and do not pay taxes.