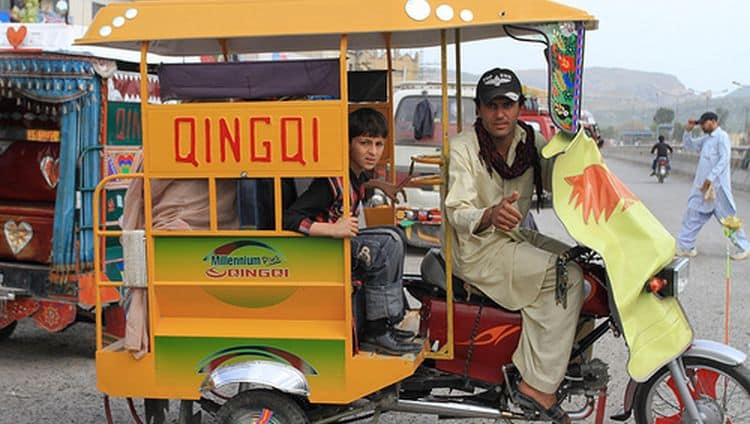 The Supreme Court, in a session by a two-judge bench has passed a ruling to ban all unregistered Qingqi rickshaws running in the country.

Headed by justice Gulzar Ahmed, the ruling declared on Wednesday that apart from registered, specially made Qingqi rickshaws, no other unregulated Qingqi will not be allowed to operate anywhere in the country.

Justice Gulzar also noted that in addition to 1950s manufactured already obsolete buses still being used in Karachi, the added volume of noisy unregistered Qingqi rickshaws that are dangerous enough to cause accidents by flipping over sharp turns, have caused an added problem for the city.

It was also noted that with developments in different transport schemes like Orange line bus service, metro buses, and the green bus, the government has neglected to keep a check on unregulated rickshaws running throughout the country.

He also noted that the Sindh High court (SHC) had taken legal action against rickshaws that did not match the description of vehicles stated in terms of rule 2(e), (f) and (ff) of the Motor Vehicles Rules, 1969.

Previously, the Punjab Additional Advocate General Razaq A Mirza had submitted a report about provincial government’s role and initiatives to check environmental and noise pollution.

“The Punjab’s Transport Department imposed a ban on the induction and use of new two-stroke engine motorcycle rickshaws in Punjab,” He quoted.

He also added that on August 28, 2005, rickshaws were banned in five major cities namely Lahore, Multan, Gujranwala, Rawalpindi and Faisalabad.

He stated that since 2001 motorcycle rickshaws were being booked in the Punjab and manufacturing companies were being issued approvals to manufacture these type of Qingqi rickshaws.