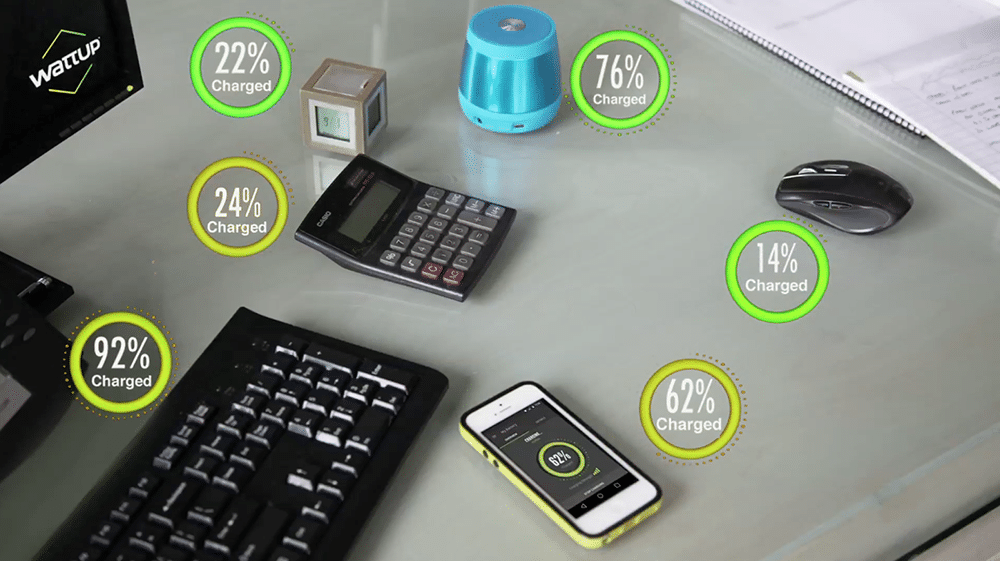 Wireless charging has been widely used for quite some years now and is considered fairly useful, it still has the critical need to have physical contact with the device. Which means, Wireless charging has never really been truly wireless. That’s all going to change now.

Startup Energous has created WattUp midfield transmitter which will charge devices from a distance of at least 3 feet. The demo video shows 15 feet of charging range but that version has not yet been approved.

Here’s How it Works

WattUp converts electricity into radio frequency waves, which are then beamed to devices at a distance outfitted with a corresponding receiver.

A couple of months ago, Pi wireless charging, that was announced for contactless charging, used resonance induction methods to direct a beam at a device that is next to the charging pad instead of getting in contact with it. However, it still could not enable true wireless charging.

The radio frequency method used by WattUp, however, is said to be safe for humans, which is why it has certification from the FCC.

The WattUp charger can power up multiple devices at the same time, and impressively, these include not only Mobile Phones and tablets but fitness bands, gaming consoles, keyboards and other electronic equipment.

Energous does not have any retail-ready device as yet — but has announced that it will display the WattUp at Consumer Electronics Show (CES) 2018 January 9 to 12 in Las Vegas, USA.

A few critics might think 3 feet is not a great distance, but it certainly is a satisfactory start.