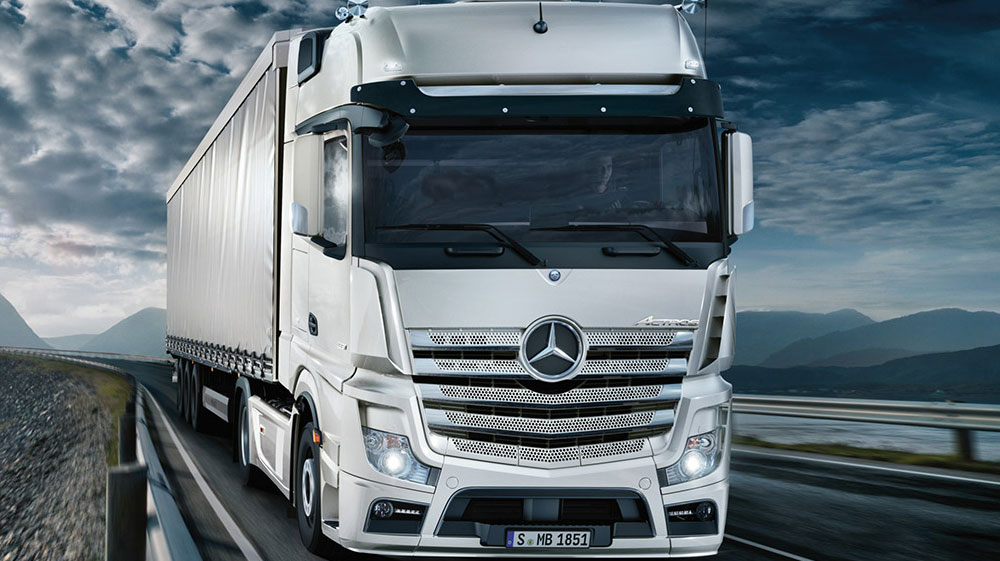 The MoU was signed on behalf of NLC by Major General Mushtaq Faisal, DG NLC, and Zia Ahmed, CEO Pak NLC Motors, and on behalf of Mercedes-Benz Special Trucks it was signed by Klaus Fischinger, head of Executive Committee, and Dr Ralf Forcher, head of sales at Woerth, Germany.

Also present at the signing were Naseem Shaikh, director and general manager Shahnawaz Ltd, and Ahmed Naeem of Shahnawaz Ltd, the authorized distributor of Daimler AG in Pakistan.

It is expected that local assembly of Mercedes-Benz trucks by NLC will mark a major shift in the domestic logistics and transportation industry towards European manufacturers.

Speaking on the occasion, Major General Faisal termed the MoU as a historic moment for Pakistan’s commercial vehicle industry. He said that local assembly of Mercedes-Benz trucks is a strategic opportunity to leverage the modernization of Pakistan’s logistics industry which would benefit from having a state-of-the-art assembly plant in Pakistan.

With the incentives provided in the Auto Policy 2016-21, locally assembled Mercedes-Benz trucks would be offered at competitive prices. He added that it will bring qualitative change in local vendor industry and will provide opportunities for new jobs.

Dr Ralf Forcher, member of Executive Committee and head of sales and marketing, Mercedes-Benz Special Trucks, said: “Pakistan’s infrastructure and construction sectors have registered significant growth in recent years having a direct effect on the logistics industry as it gives rise to an increased demand for commercial vehicles.

In addition, the CPEC project is also playing an important role in raising demand in this sector. Modern transportation networks built under CPEC will link seaports in Gwadar and Karachi with northern Pakistan, as well as China and Central Asia.